Buzzing both my holes

When I opened my room for some Lovense buzzing fun last week, I vaguely suggested that I would open again today. Although my doors opened a little later than intended, I was true to my word and hosted another couple of lovense-themed fun at Buzz My Butt.

This week, I was going to add a new twist to my room; goals! The idea was that I would keep track of each and every dice roll, keeping a running tally of the total rolled, and when I hit certain totals, a goal would be unlocked.

The goals that I settled on were fairly modest so I really had no idea whether I'd start hitting them too soon. Only time would tell with that one. But before hitting any of those goals, I just kicked things off with my trusty Hush plugged into some ass. From there, who knows where things would end up!

It was a pretty slow start. Not my peeps dropping by and even few willing to play with me. Some just came to read the rules of my room. Others just want to watch others get the show going. And just a handful actually rolled my dice. 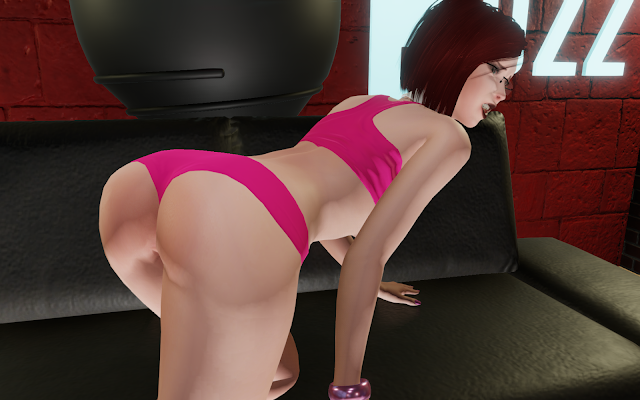 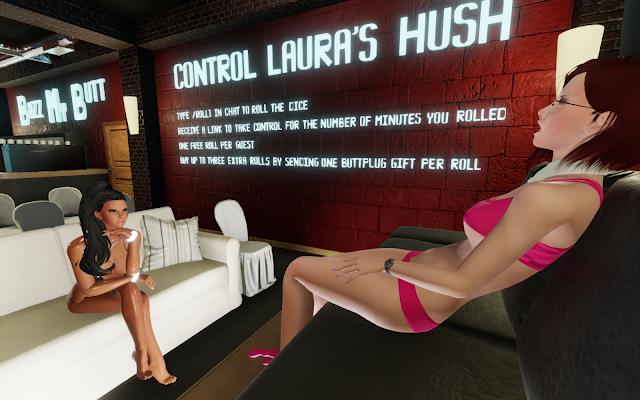 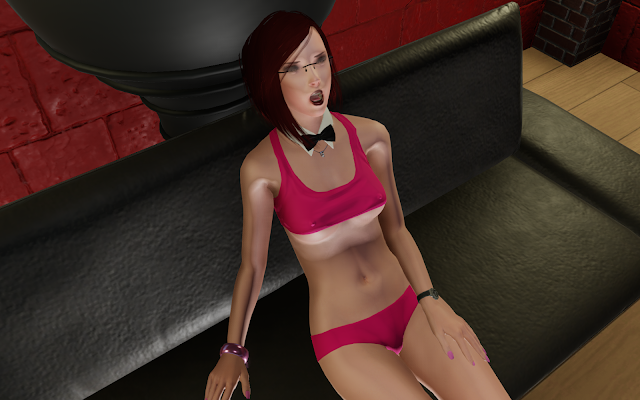 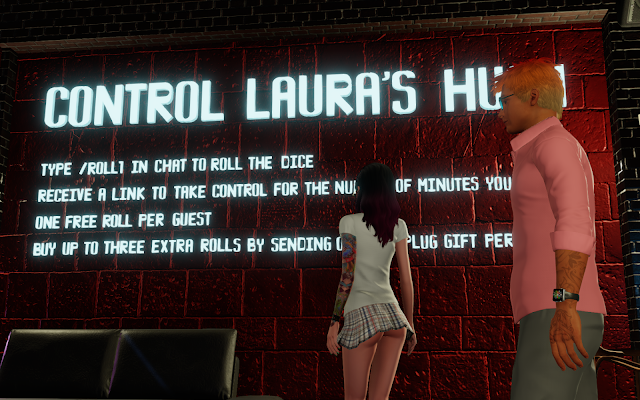 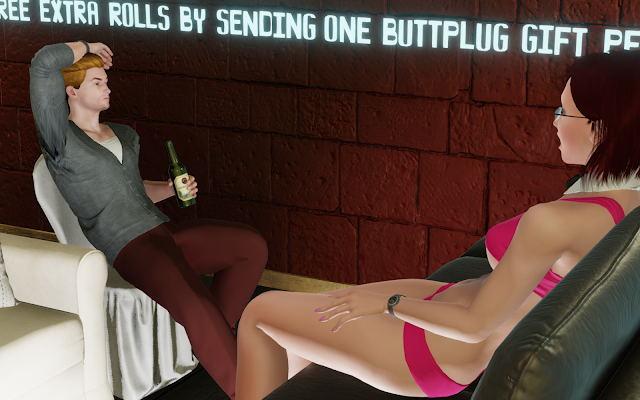 Although there were only a few willing players, the ones that did try to make the show happen were rolling very well. And that means one thing... quickly hitting my first goal!

What was my first goal? Panties off!

I hoped this would spur my guests on to taking more rolls to keep the momentum going but I fond it tough to get anyone involved. In fact, I was finding it tough to get them through the door to tempt them with the site of my exposed pussy up on stage.

Luckily, I managed to get one guest to take part in my game. He definitely joined buzzing the fuck out of my ass though as he purchased a second roll. Then a third. And then a fourth to take him to the maximum allowed by my rules. 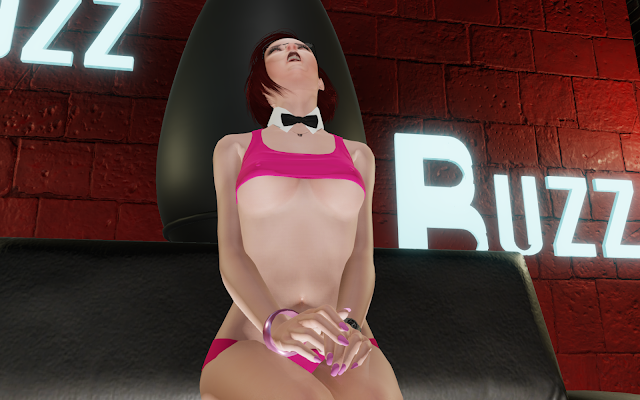 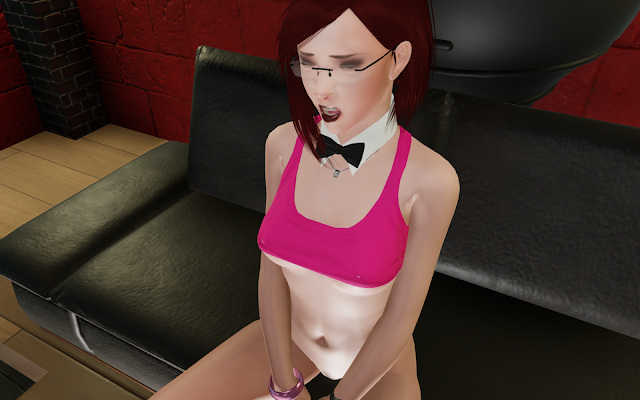 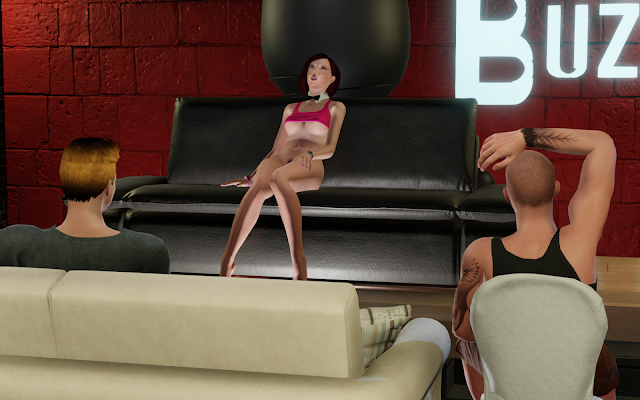 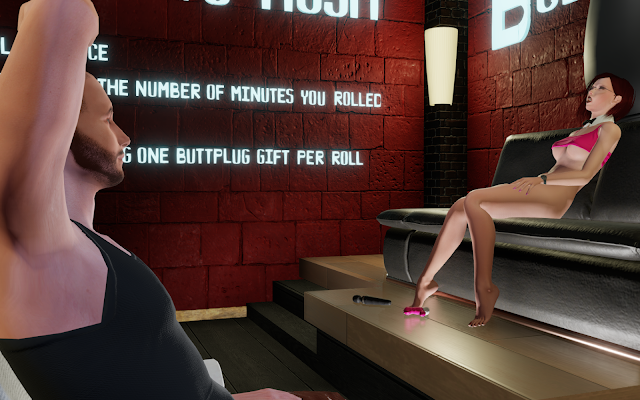 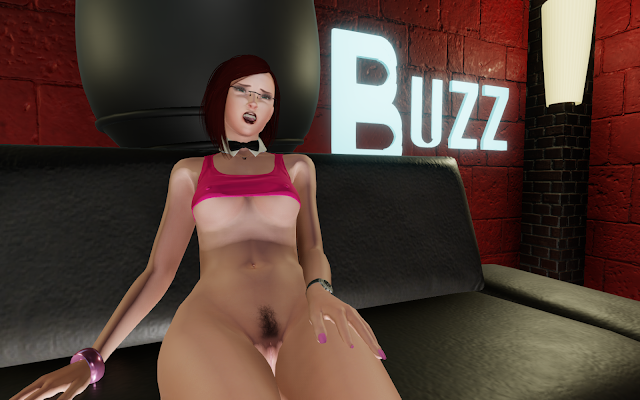 Some good rolling meant that we hit my second goal with his final roll. And with that, my top came off and my tits came out.

However, with no-one else coming to join us, and this one guest having exhausted his chances to play with my ass, our progress towards my third and final goal came to a screeching halt.

For almost 20 minutes I had to sit there twiddling my thumbs, waiting for someone else to come and give me some of the lovely vibes in my butt. To say that it was a frustrating wait would be a massive understatement. 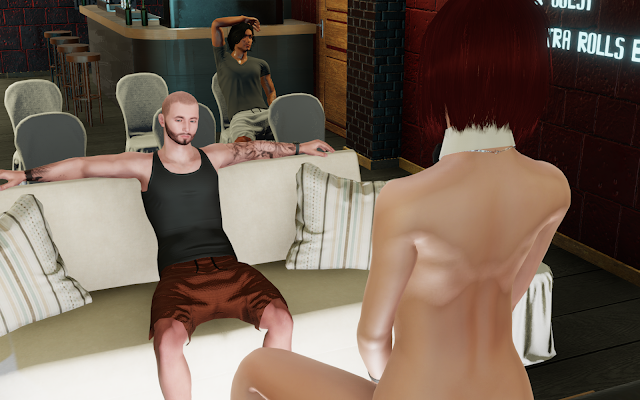 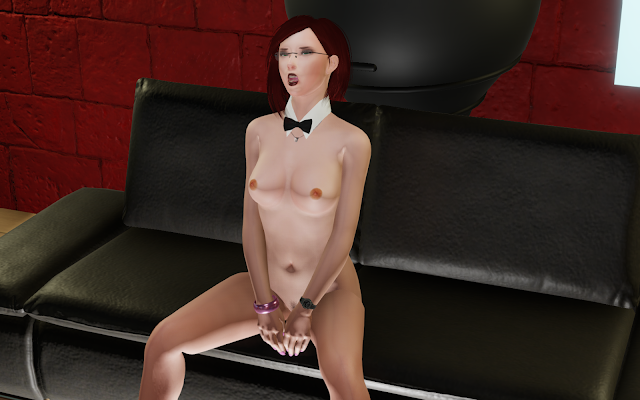 Eventually, a few guests turned up and my hopes that we could get the show going again were raised. Most were "just looking" but one was very keen to roll my dice.

A maximum roll of my dice not only earned him some good play time with my ass, but also brought me to within touching distance of goal number three. One more roll would get us there. And he was another who choose to purchase another roll.

Did he manage to get the goal? No... it was a terrible roll. Somehow he went from getting a maximum roll to getting a minimum roll and my goal was going to have to wait just a little longer.

I turned on all my teasing charm and managed to sweat talk him into purchasing another roll. Would we hit the goal this time?

Boy, did we! From a max roll to a minimum roll and now back to another max roll!

And then the dread hit me. Because my final goal of the day was to try something that I had never before attempted. Whilst keeping my Hush in my ass, I was also going to have to insert my Lush into my pussy. It was to be my first ever DP with my Lovense toys. And my first ever attempt was going to be for the maximum time that I would allow for a single roll. 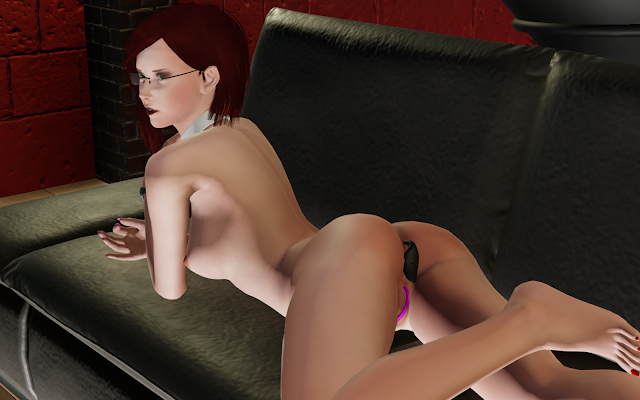 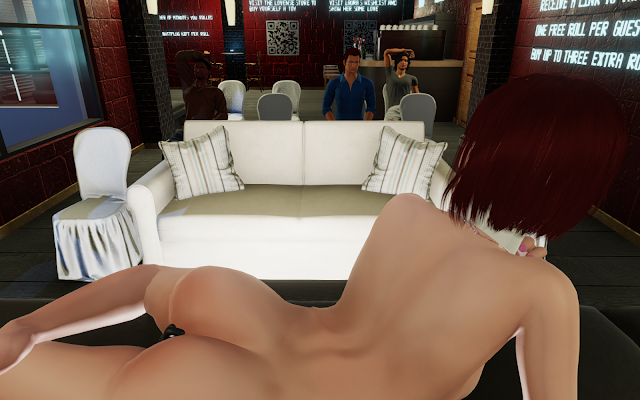 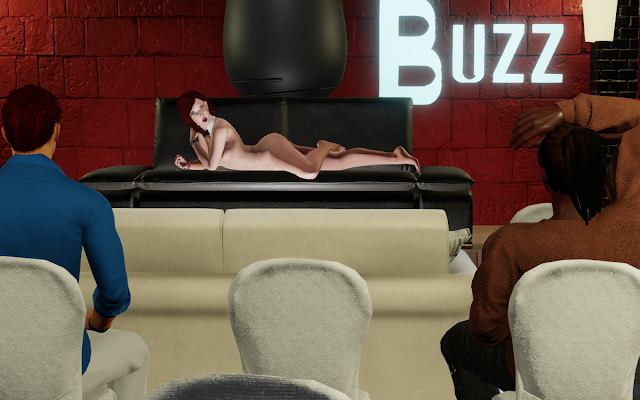 I had no idea whether I would be able to handle all the buzzing. I was fearful that it might actually be too intense for me. My guests were very excited to find out. I was equal parts excited and scared shitless. It was time for the torture to commence.

I really did genuinely think that it could be torture. And, whilst it was super intense having both my holes buzzed at the same time, he went surprisingly gentle on me. So no, it was not torture. At least not by the first guest to try it.

By this point, one of my visitors from last week had returned. He'd had a lot of fun buzzing my during his previous visitor and was eager to have some more fun with me. Even more so when he saw toys poking out of both my pussy and my ass.

Again, he was more gentle with me than I feared he might. It actually felt so good. I mean really, really good. My pussy was dripping wet in no time and I was begging them for more. 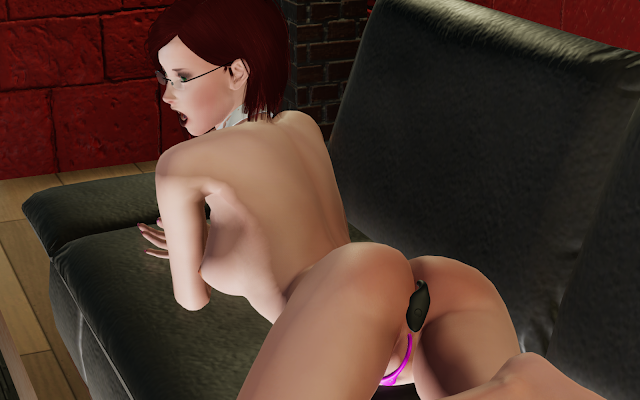 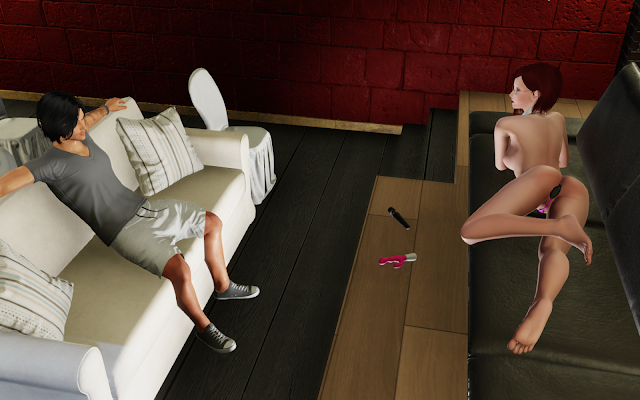 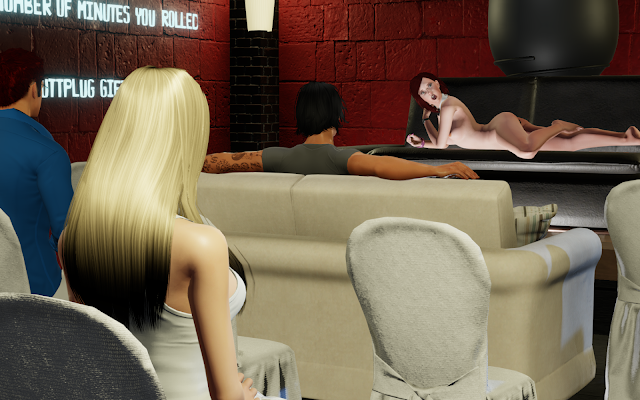 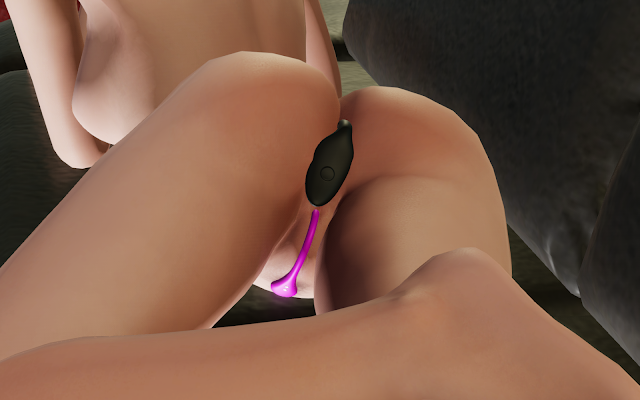 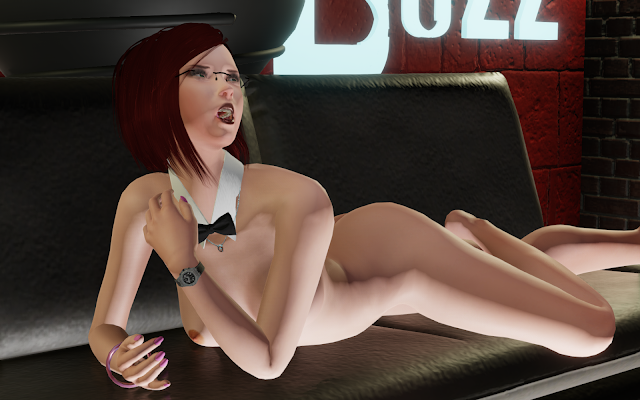