Nothing original to see here

Another place recycling the same old sexy silhouette graphics on their exterior. At least, the one on the far right seems new. I've not seen it anywhere before.

But then again, it is probably wishful thinking to suppose it isn't just yet another graphic that is being mass produced for everyone to use. I probably just haven't been to enough clubs yet.

That said, I have been to quite a few sex and strip clubs and these sort of designs are so over-used that you'd have thought I would have come across them all by now. Maybe this place has at least a modicum of originality in its designs and has gone to the effort of getting at least one bespoke design.

Ah, who am I trying to kid. Definitely giving them too much credit. 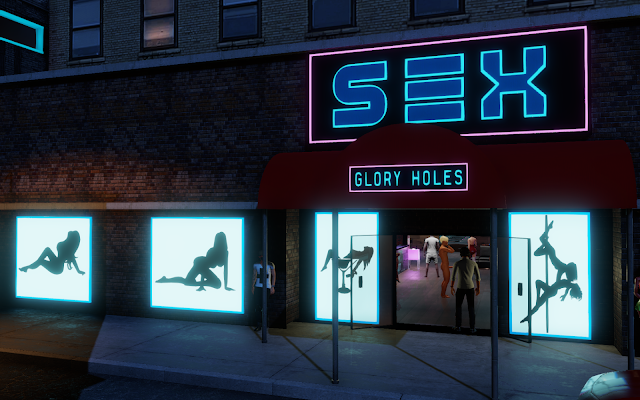