I got there not long after doors opened so it was still yet to really get going. I noted that the venue had kindly marked on the floor where the participants should stand; a circle of guys around a girl in the middle. My past attempts at bukake had all been a bit haphazard and ad hoc so maybe this sort of organisation was exactly what I had been missing before. 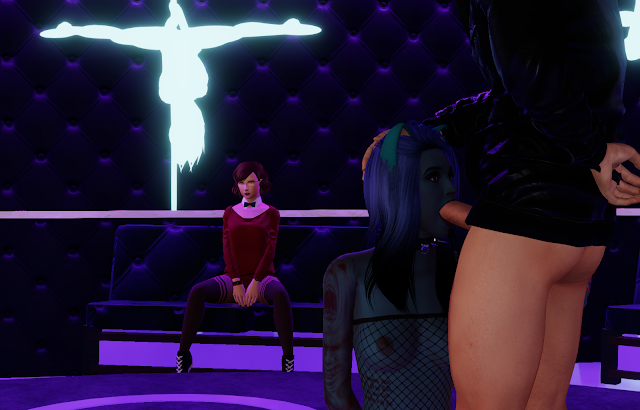 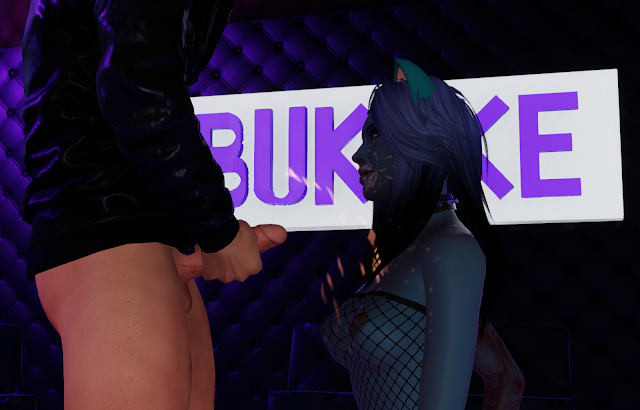 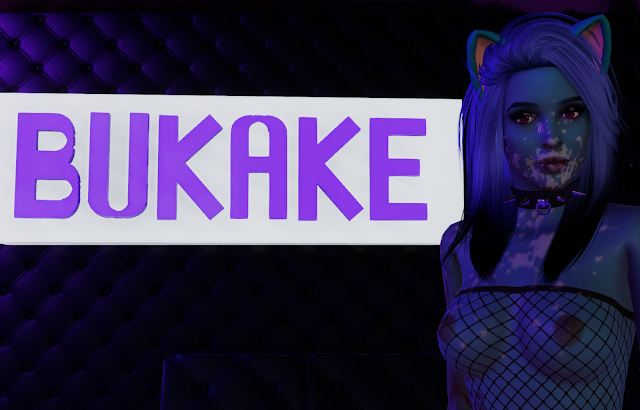 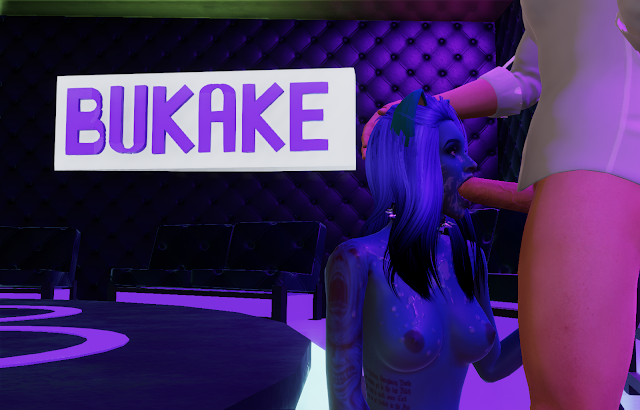 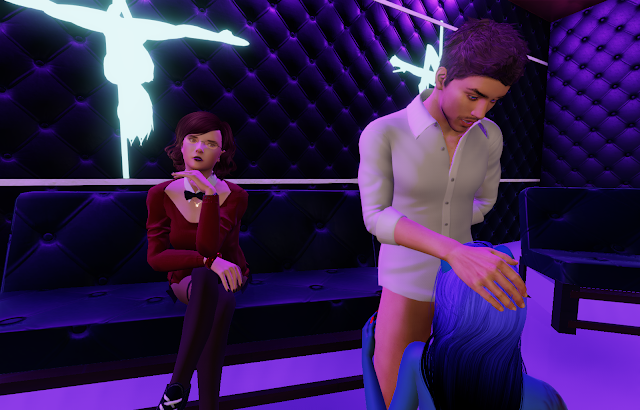 With no one else around to provide any competition for cocks, I stripped to my sexy underwear and claimed the designated cum-receiver position on the stage, ready to be surrounded by hard dicks getting stroked by their owners.

I waited and I waited. A few guys had a look to see what was going on but none would join me onstage with their dicks out.

It was time to escalate things so off came the bra and panties. If a naked Laura onstage couldn't entice any willing cocks to join me, then nothing could.

Sure enough, one brave soul finally climbed the steps to join me. His trousers came off and my eyes lit up when his already hard cock popped out. As he began beating one off to me, I waited for him to come closer so I could give him a hand. Instead, his cock went limp and he was done. For fucks sake... 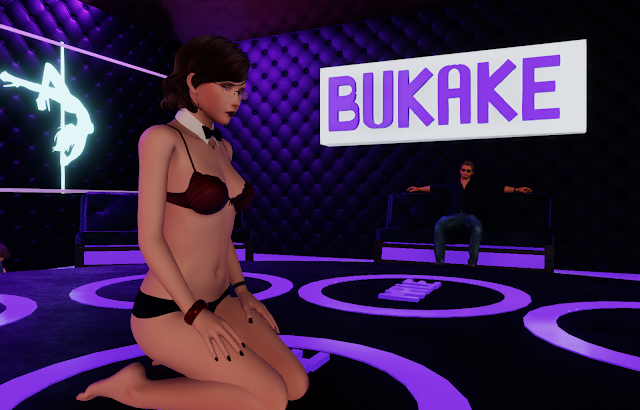 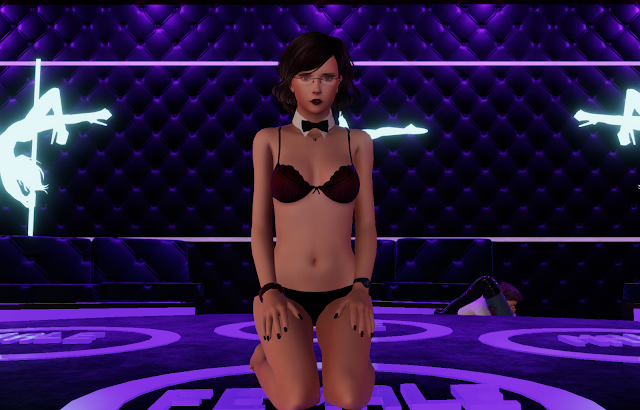 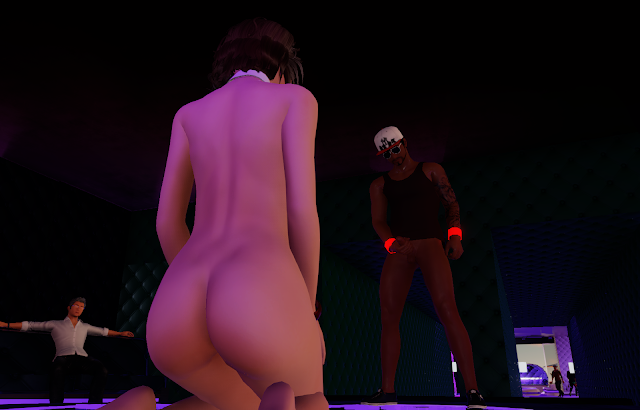 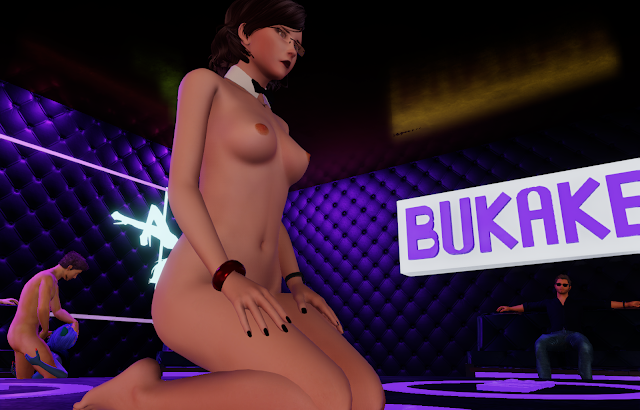 My lips wrapped around his cock as I swallowed it down. My head bobbed back and forth as I furiously sucked him off. No way was I going to let this guy go all soft dick on me. Not until I'd drained his spaff all over my face.

As I once again had the stage to myself, I felt so, so disappointed. 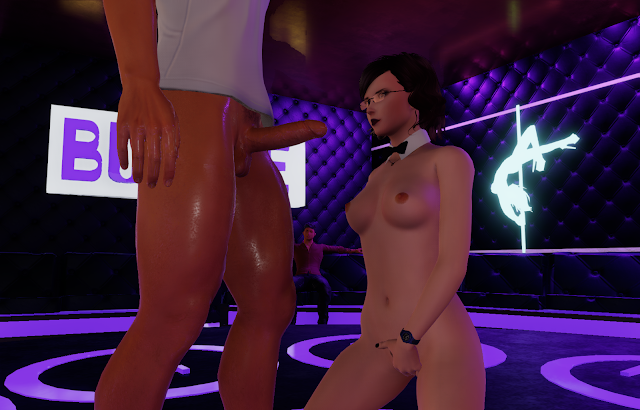 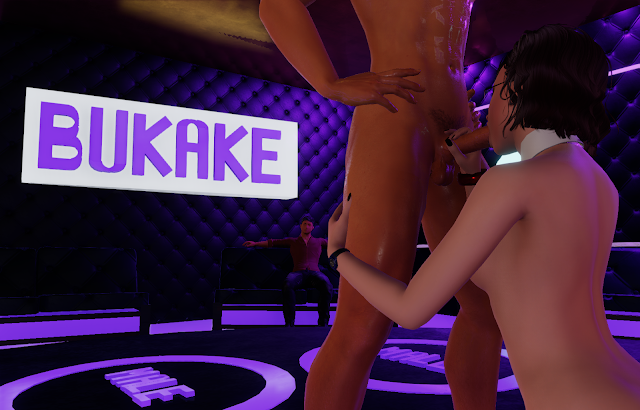 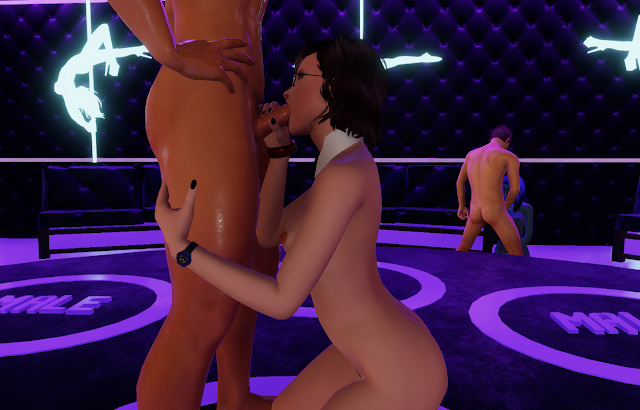 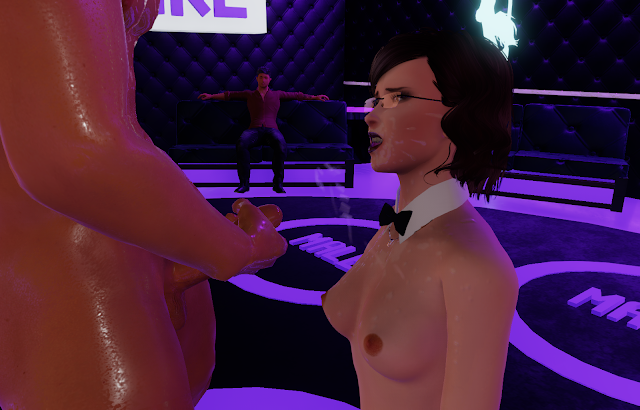 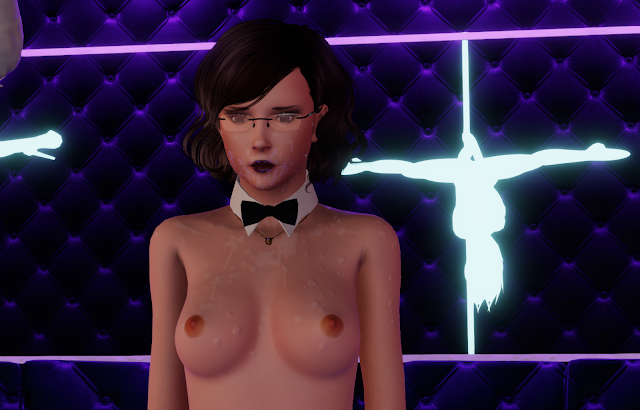 Things soon got even worse for me when I then found myself flanked by two other women; the blue skinned beauty from earlier was back and there was a new girl as well. Two pantsless guys marched up to join us. But who would they choose?

Well, not me obviously... 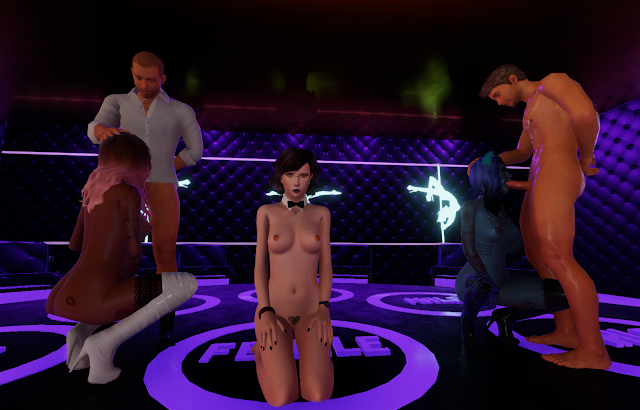 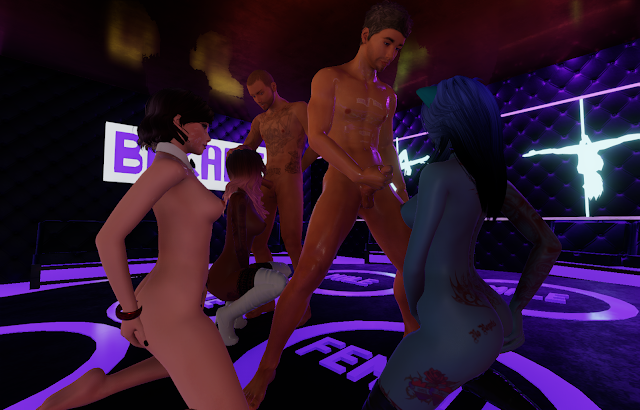 The blue skinned girl had finished her previous cock and was now more than happy to tempt my guy away by swallowing his whole length down.

As they departed for somewhere more private, I cursed that greedy fucking bitch and could only look on jealously as the other girl on stage received a humungous load all over her face. 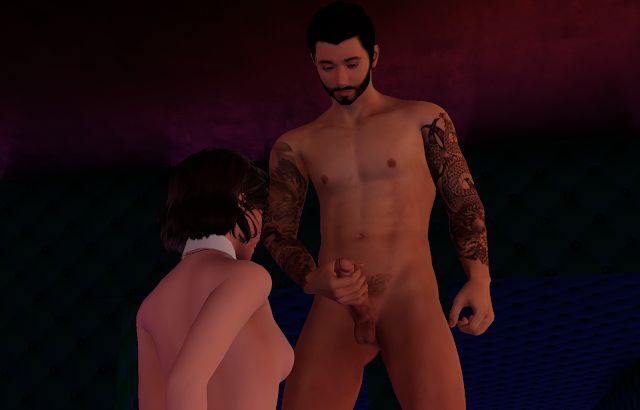 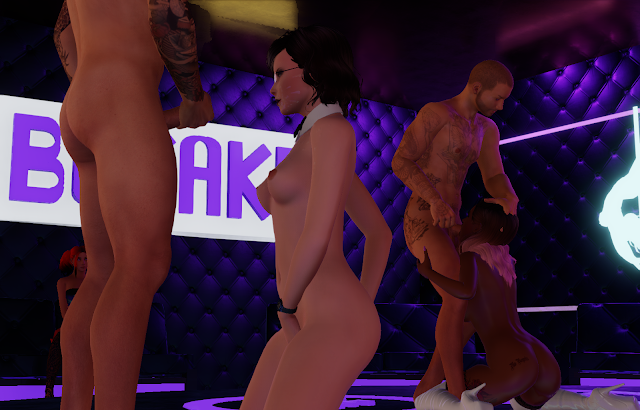 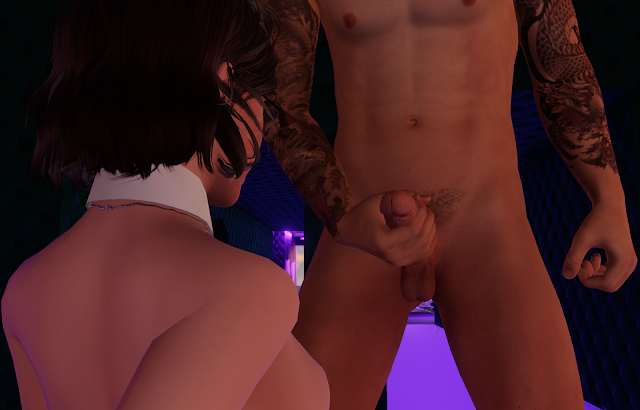 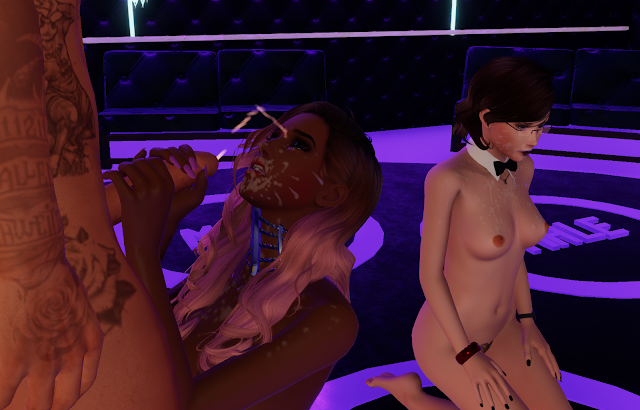 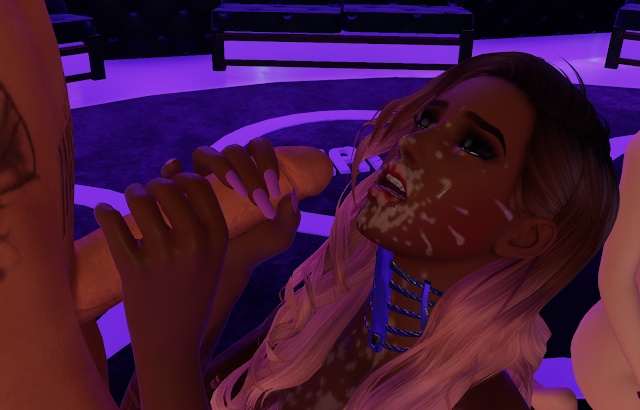 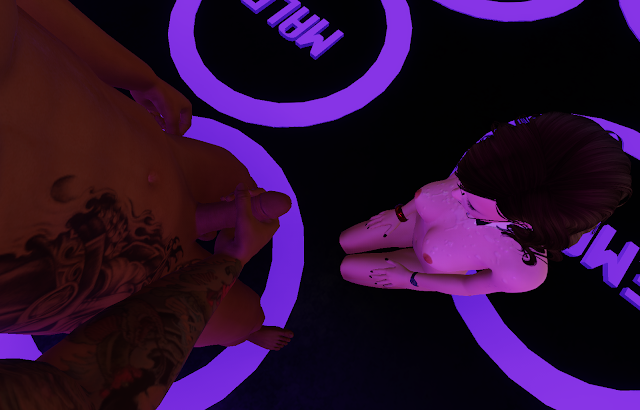 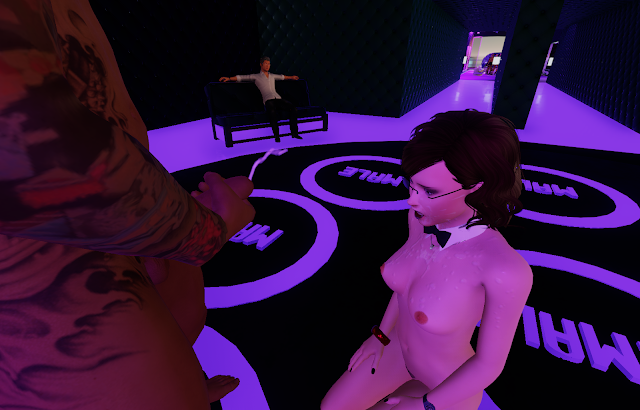 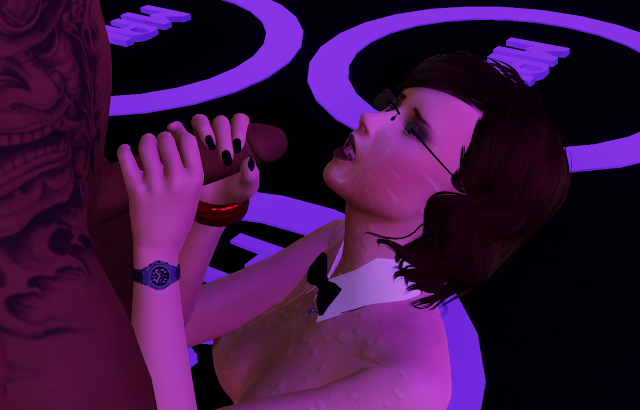 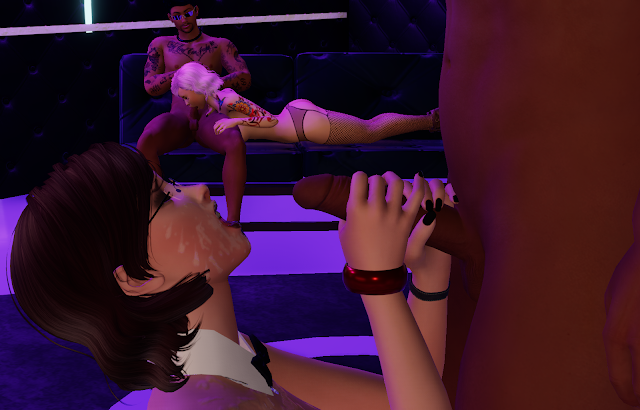 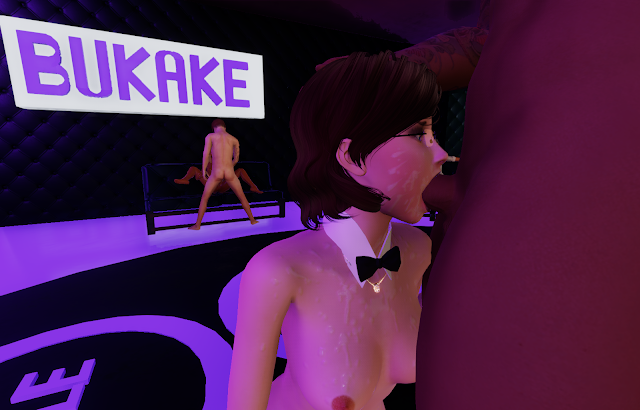 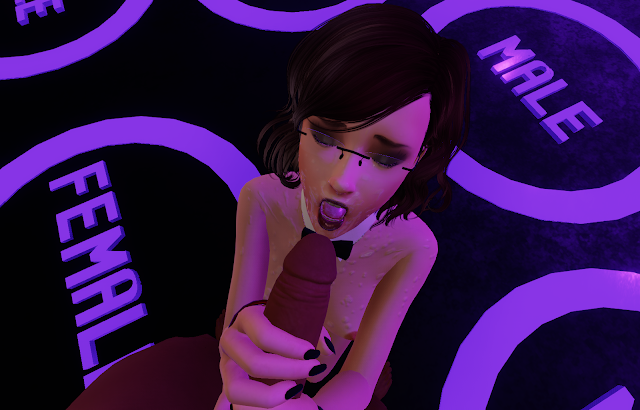