Before going any further, I'd just like to say that I know that there are plenty of guys out there who will just get totally grossed out by the idea of gay porn because societal norms teaches them what a "proper" man is and isn't allowed to accept. I'm sure that there will be some who have already abandoned this article before even reaching this paragraph. But I think we all know that that is bullshit and that each and every one of us should be free to explore what ever we want with no fear of judgement or that it in anyway makes us less of something. Don't let others make you feel uncomfortable enjoying or even just trying something because of their ignorant preconceptions.

When I think about it though, if you have somehow found your way to my humble blog, I believe that means you are part of a community in which most people are comfortable enough with their sexuality for this not to be an issues and are generally pretty open to exploring new things, both sexually and otherwise. And if you have made it this far into this article and are still here, I think my gut instinct has already been proven well-founded. So please, feel free to leave all fear of judgement at the door, come in and enjoy. 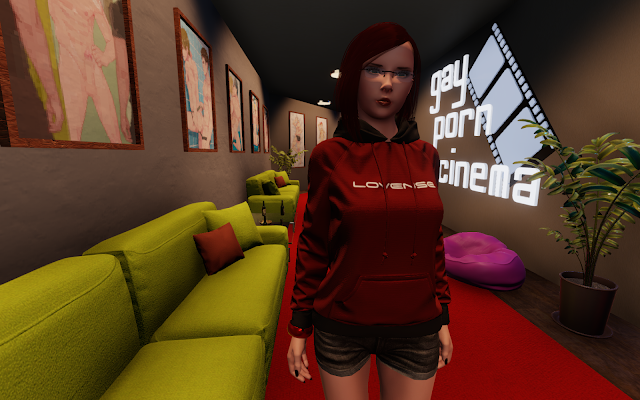 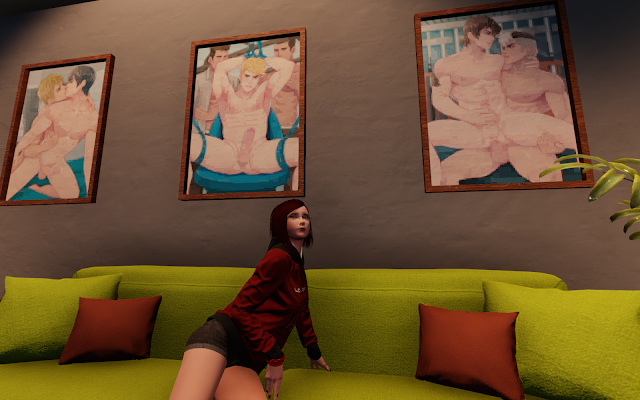 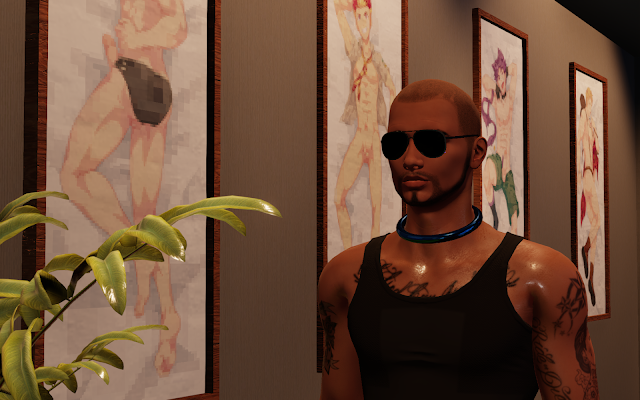 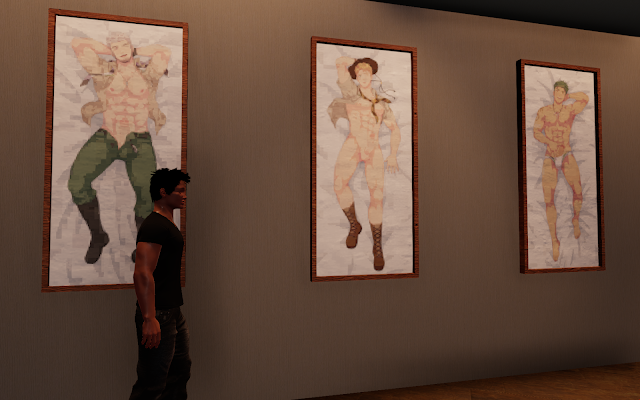 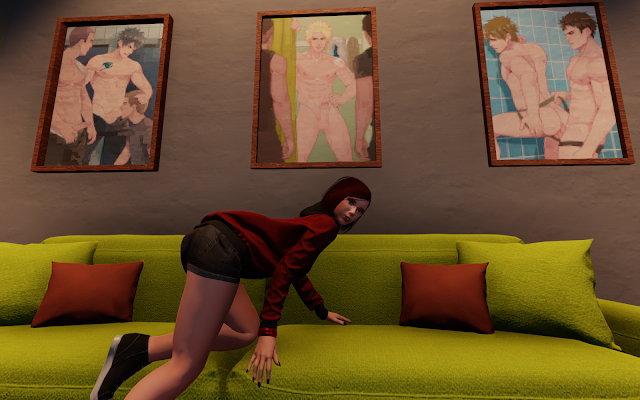 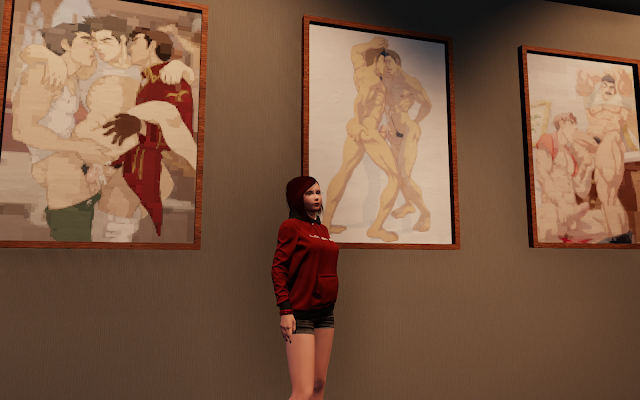 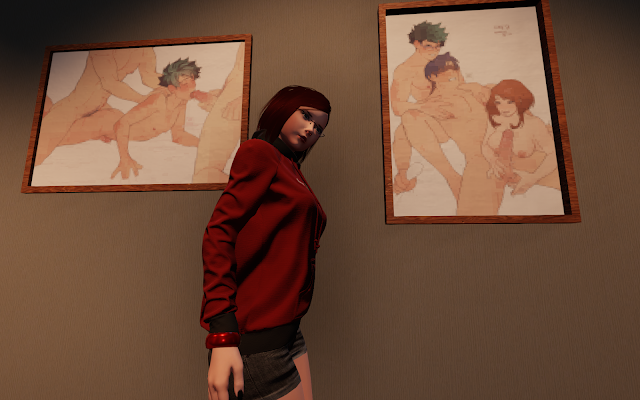 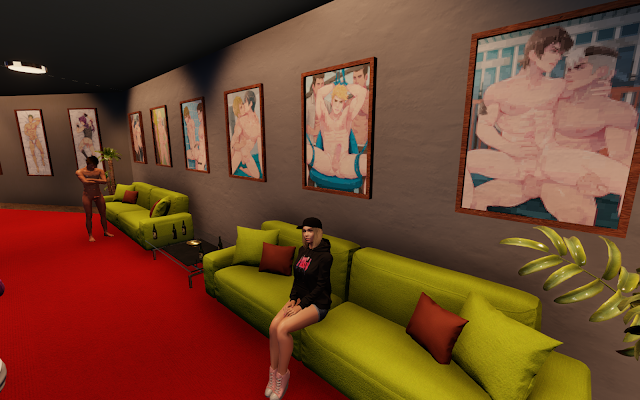 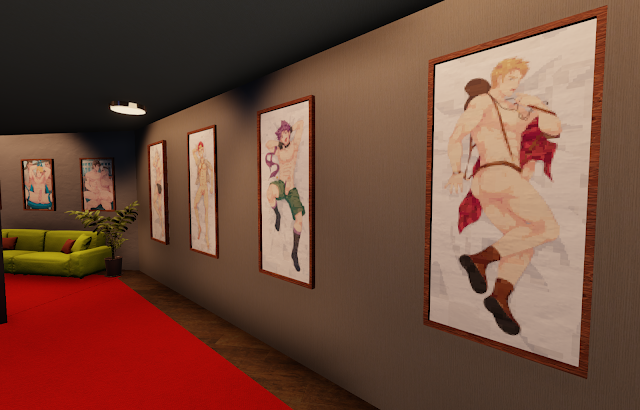 I was somewhat nervous going in. Not because I was at all uncomfortable with what was going on there but because I wasn't quite if any of the guys might get a little territorial about a woman being there. I didn't imagine any of them would but you can never be too sure about how people will react. And I have known of lesbian clubs to be fairly militant in policing their women only door policy, so you never know. Not until your try anyway...

All was good though and I settled in to watch some hot and steamy guy on guy action. In fact I could see a couple of other women already there doing the same thing. Except all I caught was a tender post-coital embrace between two performers. 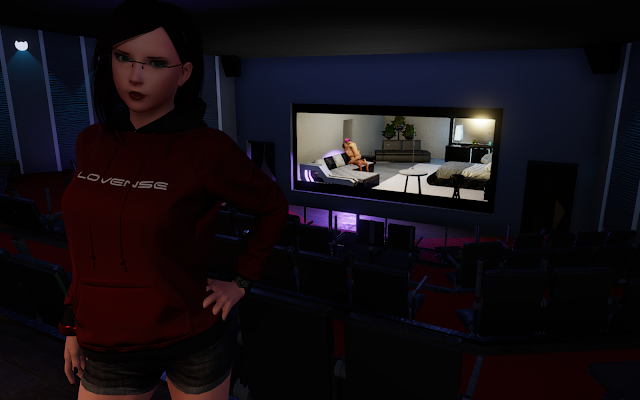 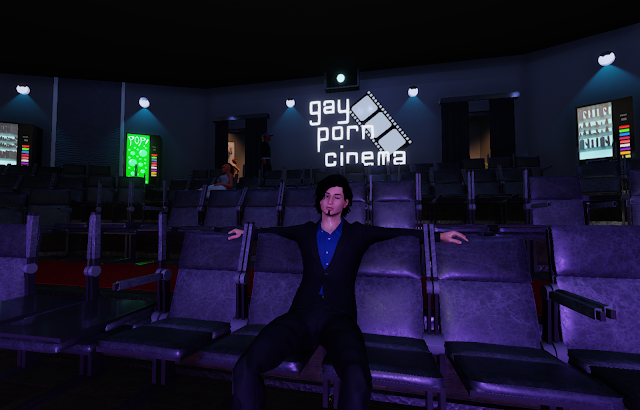 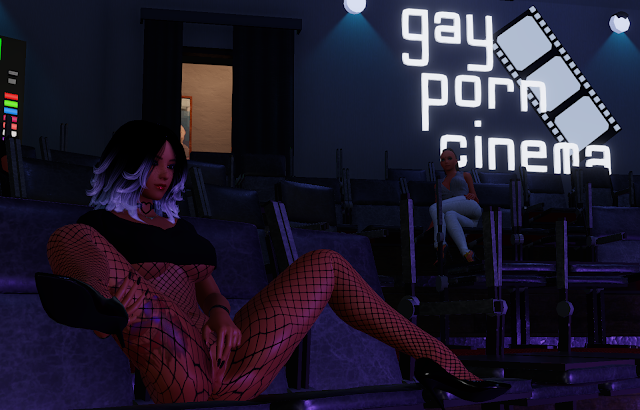 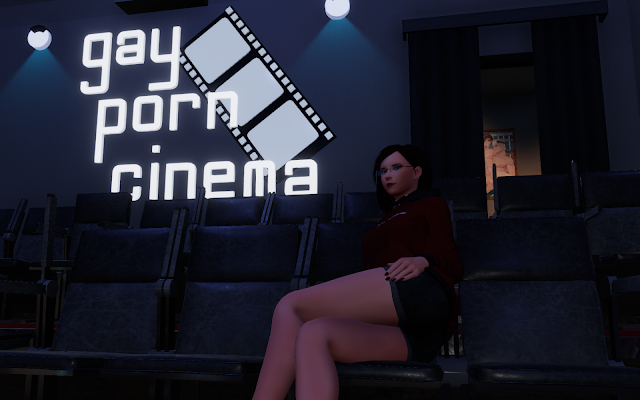 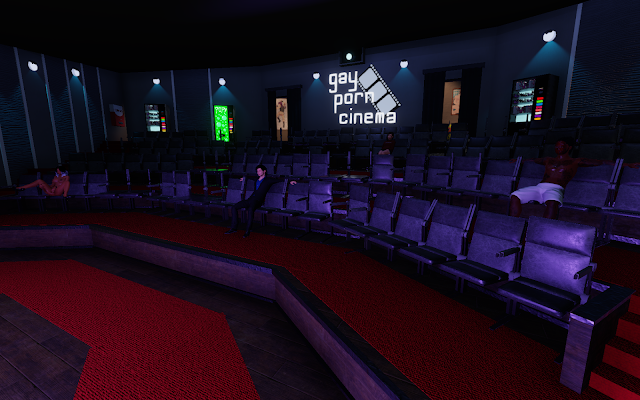 Luckily, I had nowhere better to be so I made myself comfortable and hung around for a bit. And, sure enough, my patience was rewarded with a series of hot on-stage encounters. First there was a couple. Then they became a threesome. And then another couple. And another and so on.
It was great! I'm not even going to pretend that I didn't get extremely aroused which all the guys going at it. I may even have fantasised about being up on-stage with them, surrounded by all their hot, naked, sweaty bodies while they take turns fucking each other and fucking me. 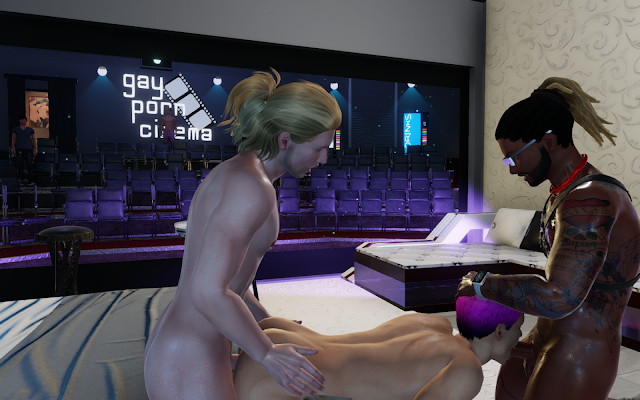 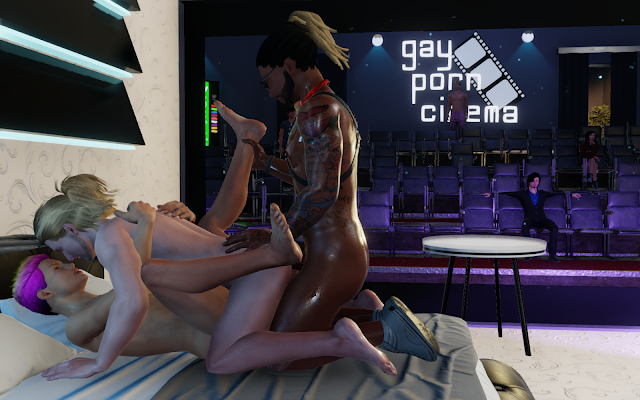 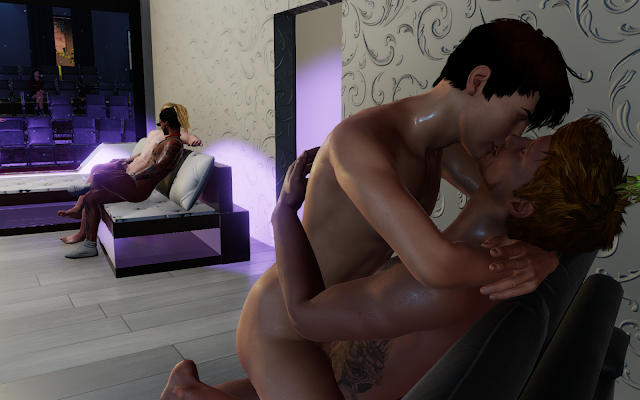 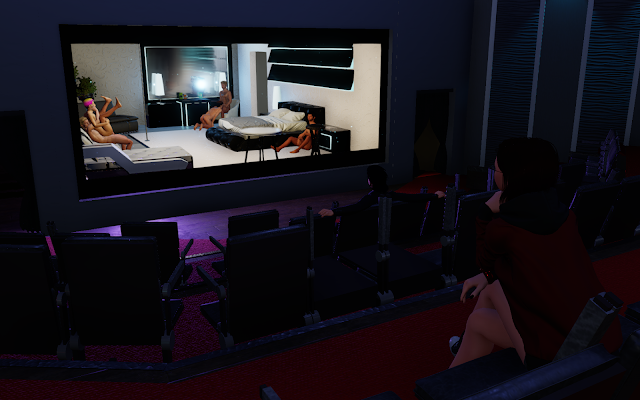 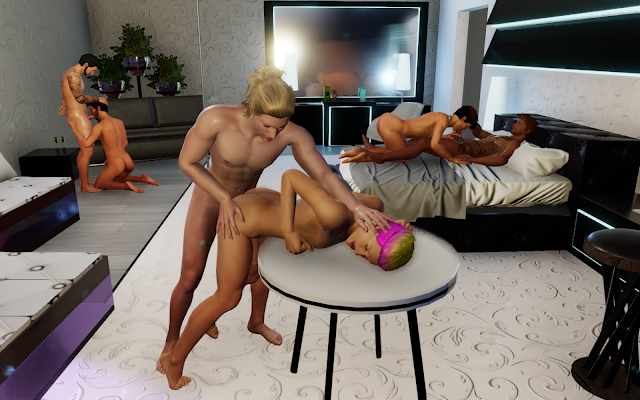 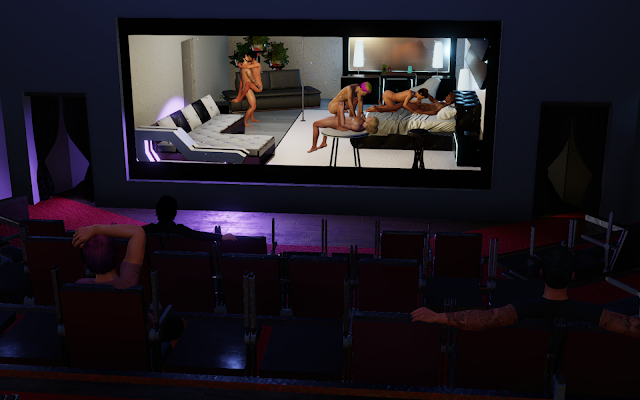 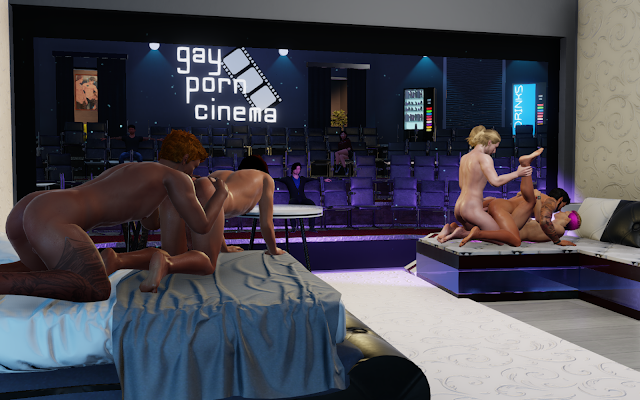 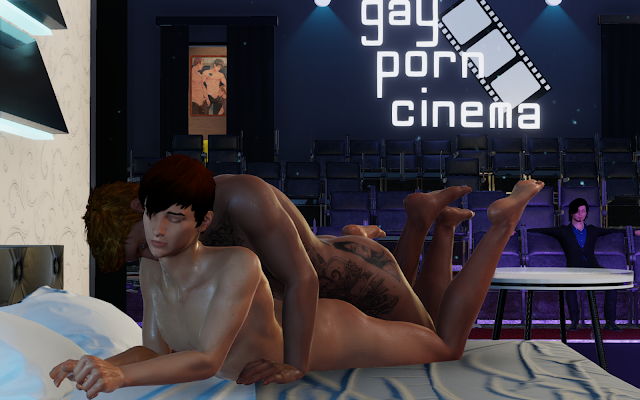