Hands on with my Nora

I suspect that my opening paragraph will have been a big spoiler about my opinion over whether the Nora delivers or not, so let's just go ahead and get into it. 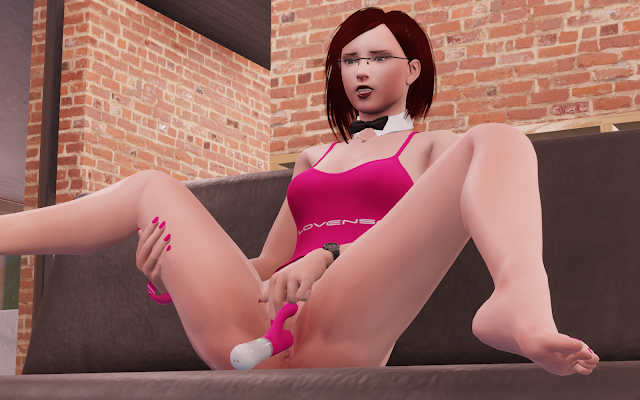 Getting ready to fuck

I won't bore you with details about the packaging. If you've read any of my other reviews, you'll already know that they do a great job of it.

All I will say is that I got a pleasant surprise in the box when it included a bag to store the toy in. This isn't unusual in and off itself. My Lush 3 and Hush both came with one included after all. But when I checked the product description on the Lovense site prior to ordering, there was no mention off one in the section where they detail what's in the box. So happy times.

On to charging it, and it didn't seem to take that long at all. Annoyingly, my previous three Lovense purchases have each come with completely different chargers, so it was a relief when I opened the box to find that the Nora uses the same charger as the Lush 3. Even better, I found that the magnetic attachment end of the charger was gripped far tighter to the Nora's charging points than it does to the Lush 3's. So even more happy times. 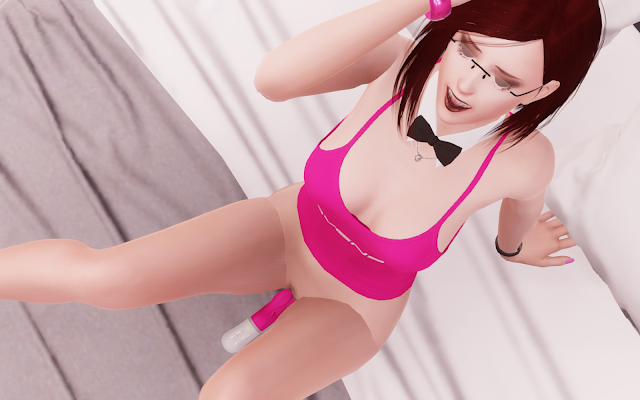 The toy is made from body-safe silicone and medical grade ABS plastic for the handle. Both feel reassuringly high quality.

As is usual for rabbit vibrators, the business end of the toy has the two arms; the smaller arm for clitoral stimulation on the outside of your body and the longer, more substantial arm for G-spot stimulation from inside.

Having not previously owned a rabbit, perhaps I was under a false impression as to the relative importance of each arm. My assumption being that rabbits were primarily about pleasure coming from penetration with the vibrating arm giving some bonus stimulation. I couldn't have been more wrong though, The smaller arm really is the star of the show here. Although the main shaft is pretty great too.

The anatomy of the Nora

Again, I am getting ahead of myself though. Let's just rewind a bit and look at what each arm really does because, not only do they stimulate different zones, but they also have completely different mechanical actions.

The smaller arm is fitted with a small but powerful motor that buzzes away on your clit. It lacks the raw power of something like the Domi 2 but the buzzing is so concentrated and targeted that it still feels bloody marvellous.

And the arm has a certain amount of flex to it, meaning it can easily adjust to different body shapes and sizes, but it has still got enough stiffness to it that the arm will apply a decent amount of pressure when pressed against your body to make sure those vibrations are being effectively delivered. I can honestly say that the intensity was far greater than I was expecting.

I am slightly concerned about how hot the vibrating arm can become though. Hot might actually be a bit of an overstatement but it certainly gets quite warm after a few minutes use. I should stress that it never gets painfully warm but it is slightly disconcerting. I'm not sure if that is the typical experience though as I've not seen it as a complaint in other reviews that I've read, so perhaps it is just a quirk of my particular Nora. 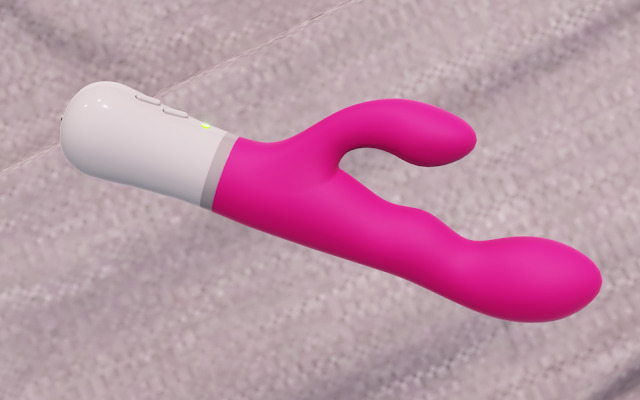 The larger arm, which is more of a shaft really, features a rotating head that, whilst moving in a circulation motion, will cause the head of the shaft to brush across your G-spot. You also get a small dose of second hand vibrations that are transmitted down the length of the shaft from where it joins with the vibrating arm.

However, if the vibrating arm over-delivered on my expectations for the vibes, the main shaft slightly under-delivered. I really thought more buzzing would get transmitted through the entire toy but that's not really the case. Luckily, the stimulating motion of the rotating head is a more than adequate alternative to high intensity vibrations.

The combined action of both of these arms mean that you don't really need to thrust the Nora in and out of you to have a great time with it. But if that is something that you want to do (or need to do), the main shaft has a very nice wavy shape to it which makes it feel really good when sliding it in and out. Just try to avoid inserting it whilst the head is already wiggling. Slide the head in and then let it start doing its thing.

One time that you definitely will be wanting to be fucking yourself with the Nora is when using the long-distance sex feature of the app to sync it with your partner's Max 2. All of Lovense's products are great for playing with a partner who you cannot physically be with but this gives by far the the best experience of truly emulating having sex. In comparison, the others are more like foreplay while this is the real deal. 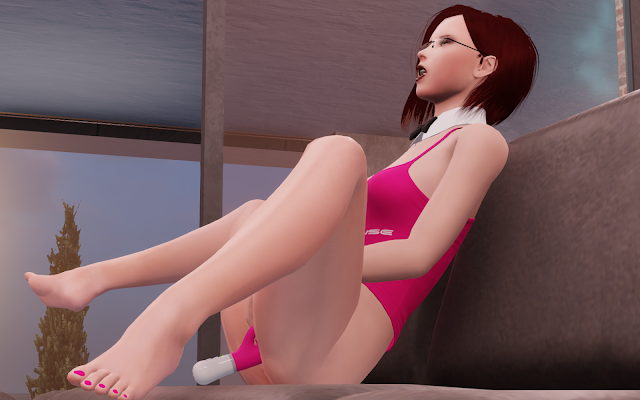 Normally, when engaging in remote play, the control is literally at the tip of your fingers, using them to move sliders up and down on your phone. But syncing the Nora and Max 2 is a totally different experience. As my partner fucked his Max 2 harder and faster with his hard cock, it made my Nora vibrate harder on my clit and rotate faster on my G-spot. It really did make it feel like he was genuinely fucking me.

And, as I responded to his directions to fuck myself harder or softer, my partner told me that, not only did it change the intensity of the vibrations, but he could also feel it getting tighter around his cock as I fucked harder and loosening as I eased back. He seemed to like it very much.

The syncing feature is definitely the Nora's trump card but that is not to say that it is a one trick pony. Strip away all the app features and it is fundamentally a great rabbit toy for solo play that will have no trouble giving you orgasm after orgasm. The standard app features that are common to all Lovense toys then add a lot, lot more on top of that but that's just what I have come to expect.

The Nora seems to be a bit of an outlier amongst Lovense's products in that the product name makes no mention of which version it is. That might make you think that it is the first iteration of the product but that would make you completely wrong. As of the timing of writing this, we are in fact on to the sixth generation of the Nora.

Since the 1st generation was released we've seen improvements to the motor's power, reduced noise, improved flexibility of the smaller arm, changes to the charger connection and improved movement detection for the Max 2 syncing. 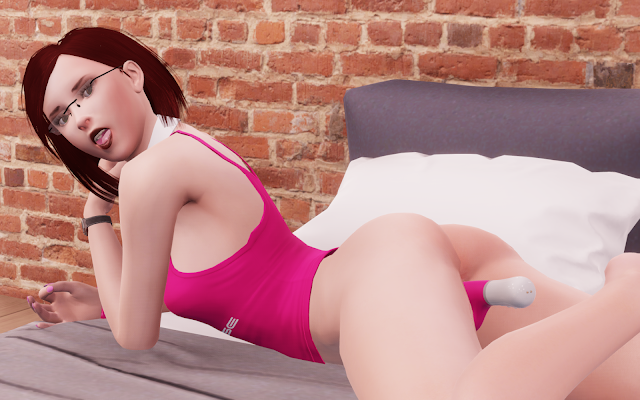 It's been a few years since the current generation was released so we very well may be due the next round of improvements any time now. For me, anything they can do to reduce the noise even further would be a big bonus because it is pretty damn loud.

Obviously, this is not a product for public play so for most of us noise shouldn't be much of a worry. But for those of us with thin walls between us and our neighbours, it may be a little bit too loud to go unnoticed as it makes quite the racket when both motors are going full bore.

Would I recommend it? That is going to be a very resounding yes from me!

I don't think it quite replaces my Domi 2 as my go to toy for solo play but I'm quickly getting hooked on enjoying long-distance sex with random strangers. Having the motion of my Nora control someone else's Max and their motion controlling my Nora is just an unreal experience and I fucking love it! It is definitely the product to go for if you are in a long distance relationship and are looking for a way to spice things up with your distant lover.

If you fancy trying the Nora out, head over to the Lovense Store to pick one up now. What are you waiting for?!


Labels: 3dxchat, Hands on with my toys, LauraTWK, Lovense, Nora