With my lunchtime exercise complete, it was time to get back to work so I headed over the road from The Gym to the Starbucks coffeeshop to get some work done on my laptop. Armed with a caramel macchiato, I could focus on what I needed to get done. And I managed to do that for a short while.

But then, glancing over the top of my laptop, who should I see sitting just across from me? The guy from The Gym of course!

Surely this was beyond coincidence? After talking to him on the steppers, he'd also followed me into the showers and now over the road to Starbucks. I'm not going to say he was stalking me but he definitely liked me. 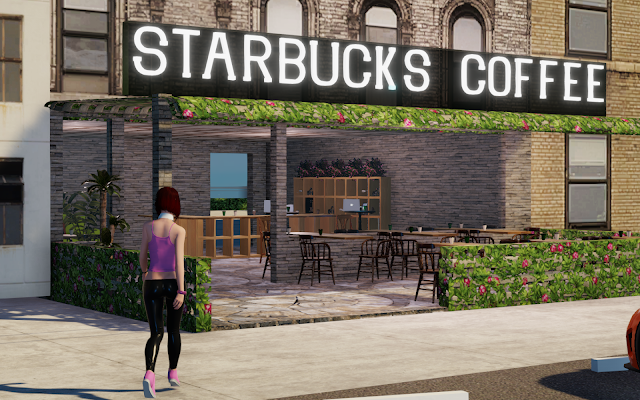 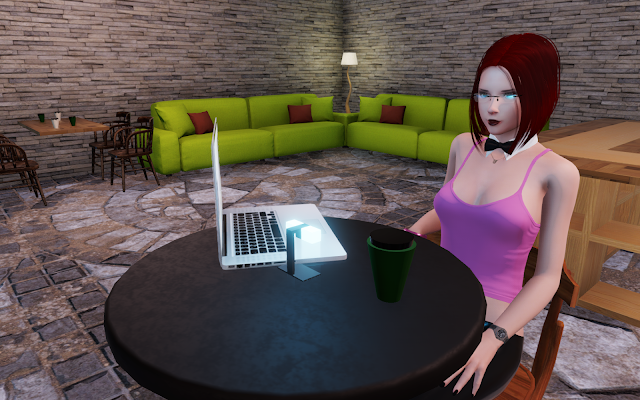 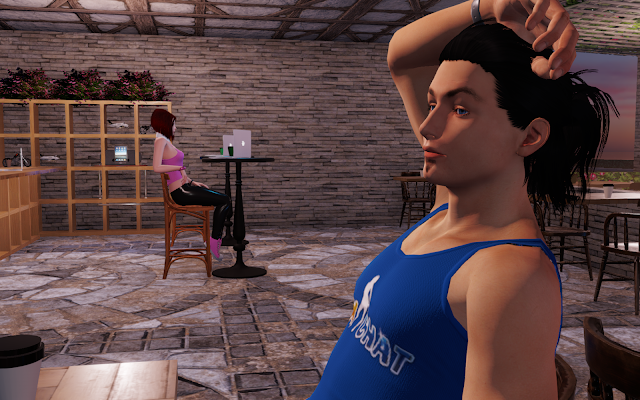 OK, enough's was enough. It was time to take the bull by the horns. I grabbed my coffee, marched over and parked myself at his table.
Awkward smiles were exchanged before I leaned forward and quietly whispered to him.
"Wanna fuck?"
Caught off guard, he had no idea how to respond to my forwardness. But there was no hint of him being opposed to my proposition. I took that to be a yes.
A quick glance around. We were in here all by ourselves and there was no better place then here and now. So I climbed under the table and tugged off his running shorts. His cock flopped out at me, already semi-hard and ready to go. As my lips slid down the shaft, it stiffened immediately and I busied myself slurping up and down. 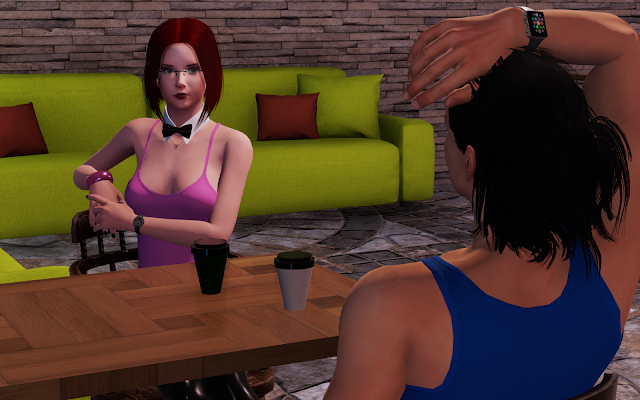 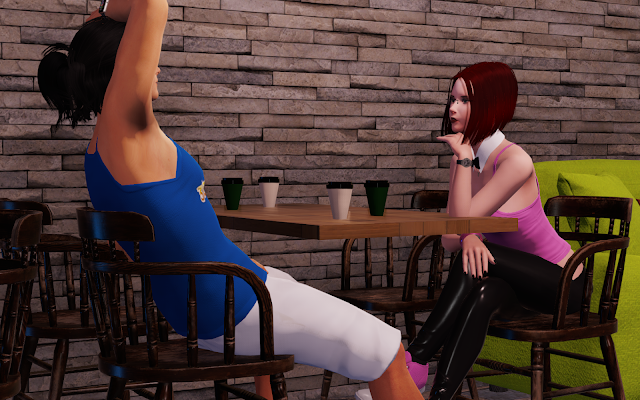 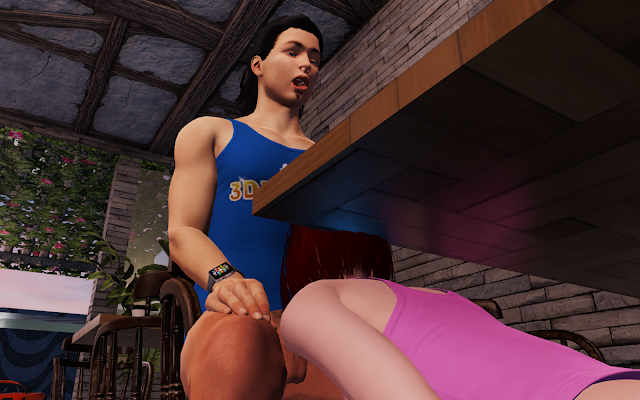 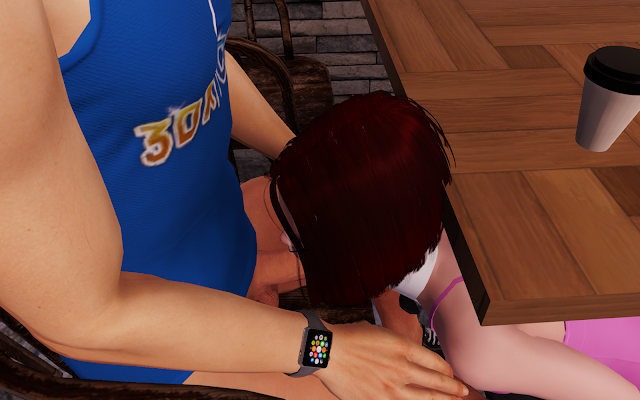 Anyone walking passed the coffeeshop would have been totally unaware that I was under the table blowing this guy. They just would have seen him sitting at the table and assumed he was all alone. It was almost the perfect crime but I was finding it a bit cramped under there, unable to bob my head up and down as much I would have liked, and the rough floor was starting to dig into my knees.
So, as much as I would have liked to keep things low-key, that just wasn't going to happen. I squirmed out from under the table and beckoned him to join me on the nearby couches. He gladly did so, burying his face between my legs. His tongue flicked and licked me as I softly groaned with approval.
Of course, anyone walking passed now would have gotten to see everything we were up to. But when has something like that ever stopped me from getting myself off when I've got the horn and need satisfying?
Hard to say whether he was a pro pussylicker or whether he was just benefitting from my months without sex making me be extra appreciative of his cunnilingus but he made me feel great. 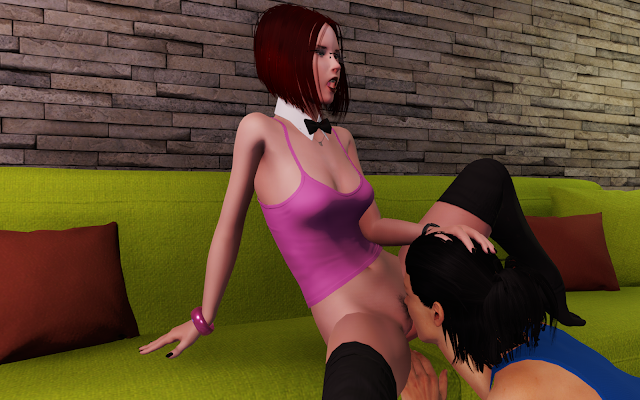 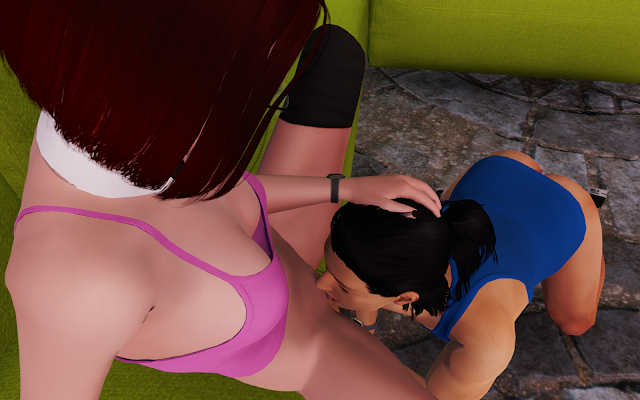 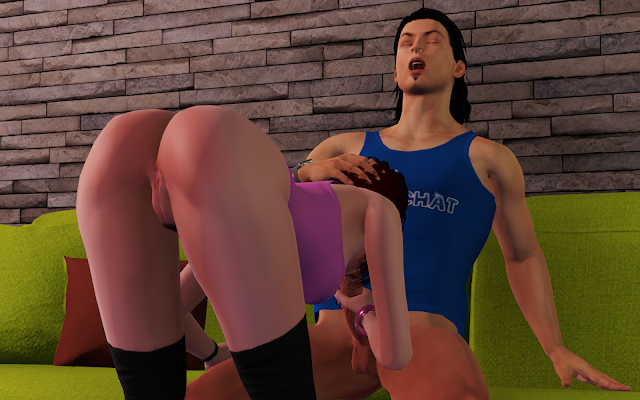 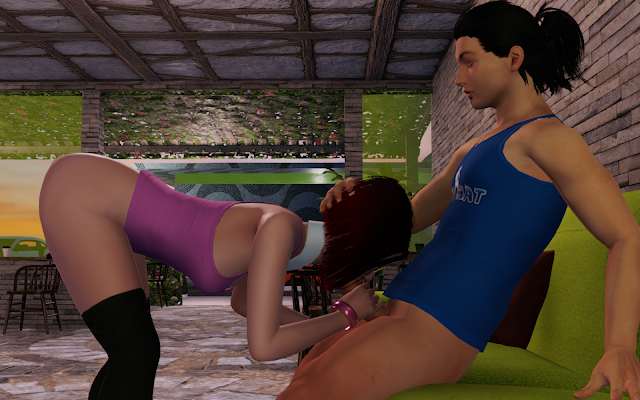 But I didn't want to do too good a job at blowing him and accidentally make him nut before I'd had chance to have his lovely cock inside my cunt. After admiring it in the showers earlier, that just wasn't going to happen.
Climbing onto his lap, he guided the tip of his cock between my moist pussy lips. I gingerly lowered myself, biting my lip as his shaft slipped inside me until I came to rest on his balls, his whole length inside me. It filled me up nicely.
A pause as we kissed passionately, his hands explored my body as our lips locked. He gripped and squeezed my ass before encouraging me to softly move my hips. The lower length of his cock appeared out of and then disappeared back into my pussy as we fucked gently. 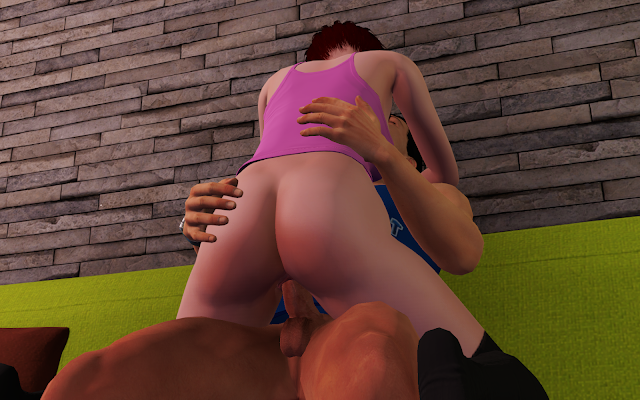 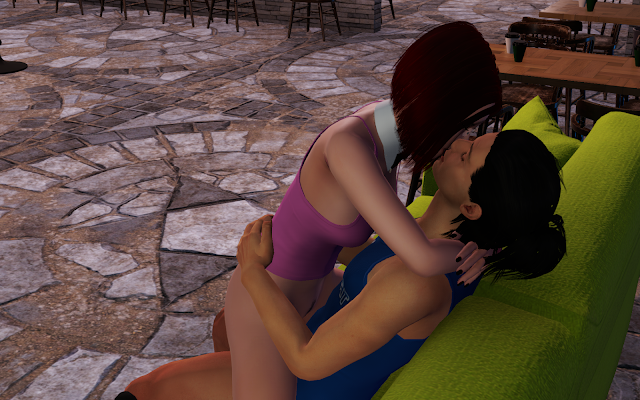 Still feeling pumped up from my gym session, I was ready for something a bit more energetic though. I pushed him down on the couch so that I was properly on top of him. His arms now wrapped tightly around me, I was happy to let him bounce me up and down on his cock in whatever way pleased him.
Up and down I went. From his balls, all the way up his shaft, to the very tip of his cock, and then back again. My pussy took everything he had to offer and sometimes more as he popped out of me when our movements were a little too much. Not a problem though. We'd quickly get him back inside me and resume our fucking. 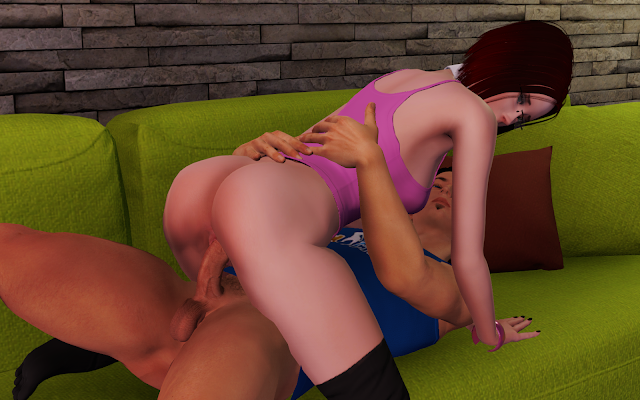 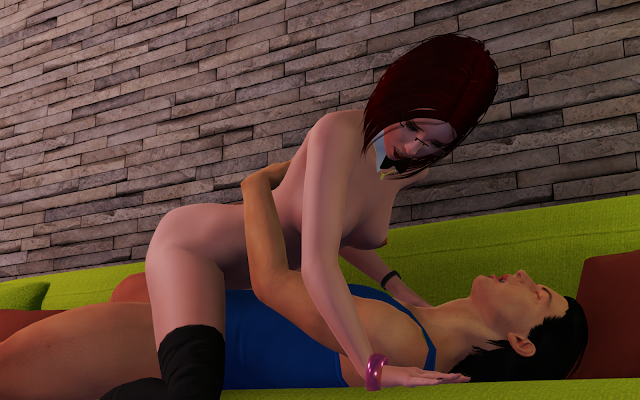 With things going well, I was content to follow his lead when he tried to manoeuvre us into a new position. We awkwardly shifted round so he could spoon me but the constant threat of me falling off the edge of the couch each time he pushed deep inside me made it a challenge.
Nevertheless, we persisted. He enthusiastically thrust his cock balls deep into my pussy as a clung on for dear life to avoid faceplanting on to the coffeeshop floor.
Again, his cock would pop out of my pussy every now and again when he would withdraw it slightly too far when getting ready to give it to me deep again. In his enthusiasm to get it back in me, he missed the right hole a few times and jammed it uncomfortably into my ass. Ow! 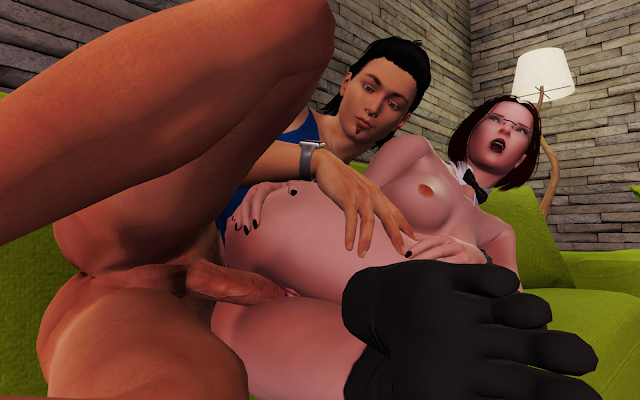 Despite his best efforts, this position just wasn't working for me. Time to change it up.
I figured it would be best if I just climbed back on top of him again. That had worked well before and we had both seemed to enjoy it. But as I stood, he grabbed me before I could turn round to mount him again and he pressed the head of his cock against my asshole. This time it was no accident as he forced my tight ass to accept his throbbing cock. 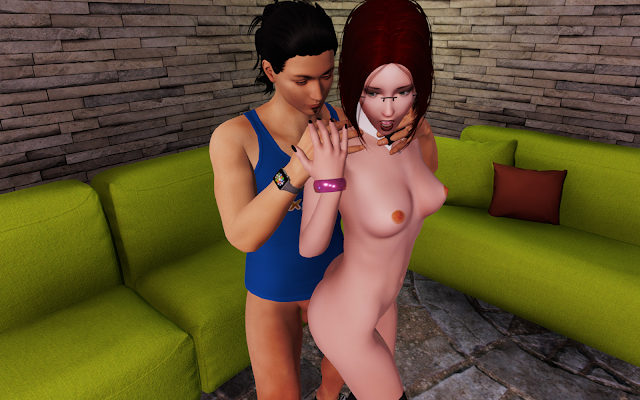 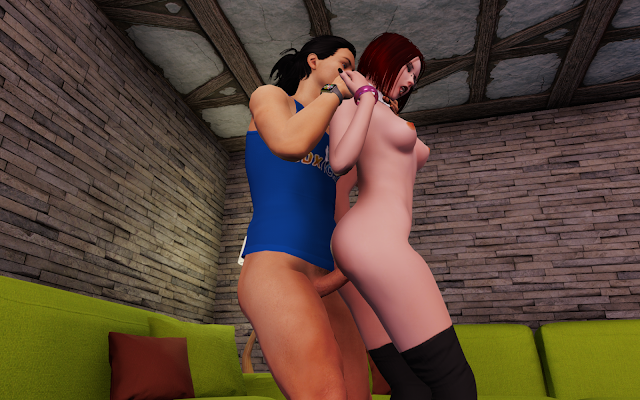 We wobbled perilously as his cock was forced in and out of my ass. His thrusts were slow but powerful. My unprepared ass tried to reject his cock as it squeezed so tightly around it but he would not be denied. He thrust harder to force it deeper inside me and then the inevitable happened...
We lost our balance and fell backwards on the couch. As my full weight came down on his cock, it pushed its way all the way inside me. It hurt like hell as my ass was stretched to accommodate his impressive length and girth.
I tried to carefully move my ass up and down along his cock but it was just too tight. Too tight for it to be comfortable for me to try to fuck his cock. But also too tight for him to be able to hold his cum anymore. 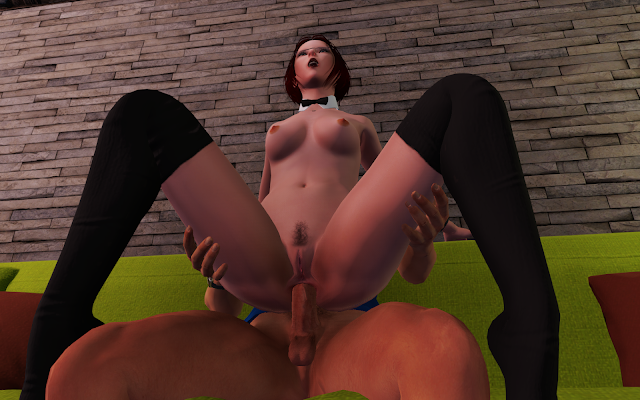 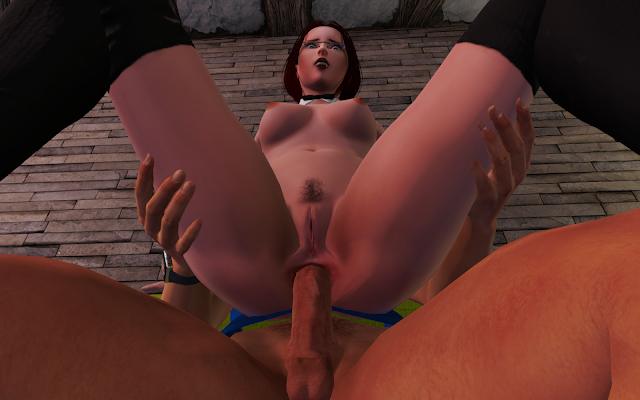 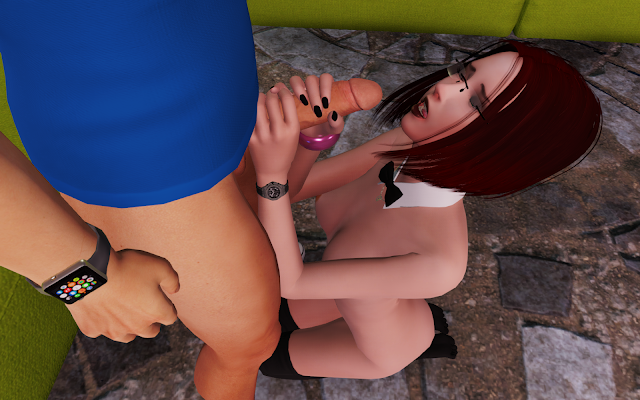 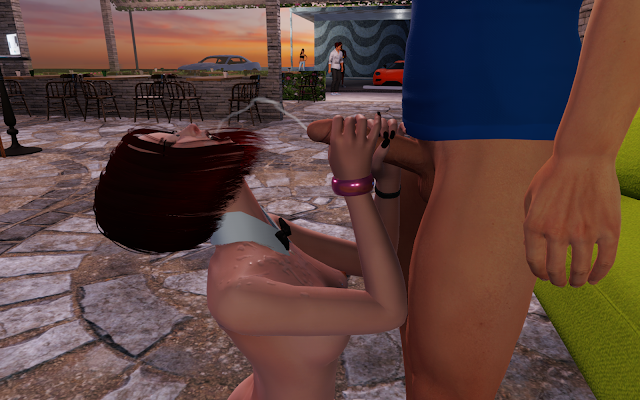 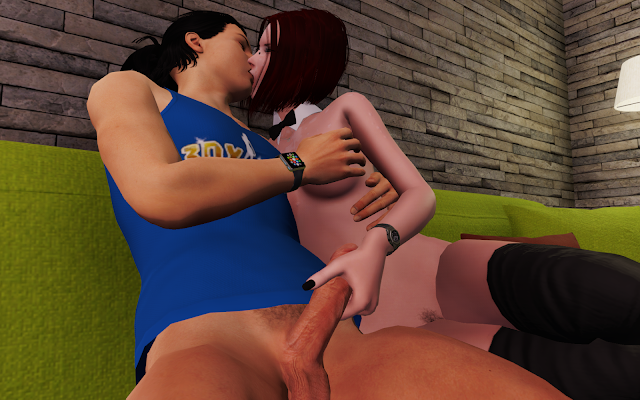 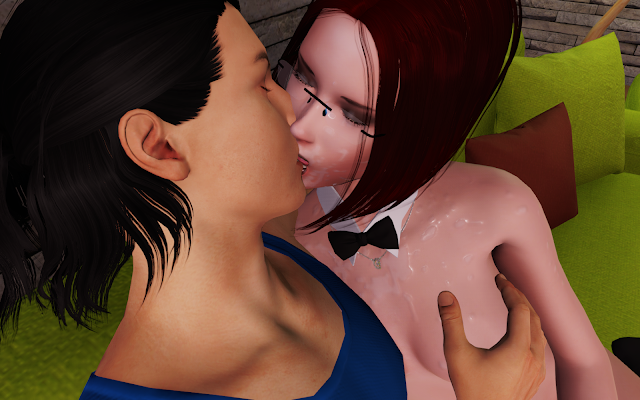 All that was left now was for us to get dressed again and return to our now not-so-warm coffees. Rather than order another and continue trying to get some work done here, I decided it best to pack up my laptop and return home to work there instead. Too many distractions here.
Now, if he turns up there too, then I really will get worried.... 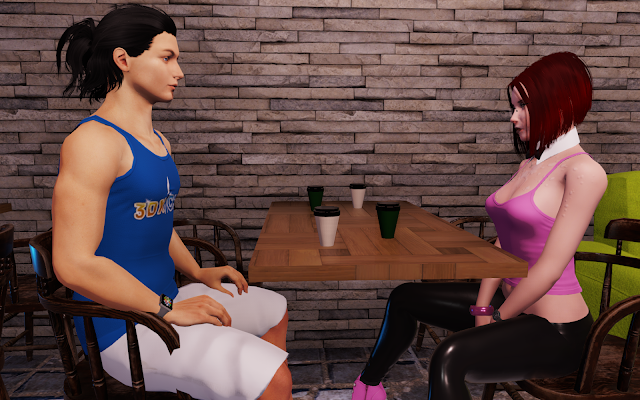 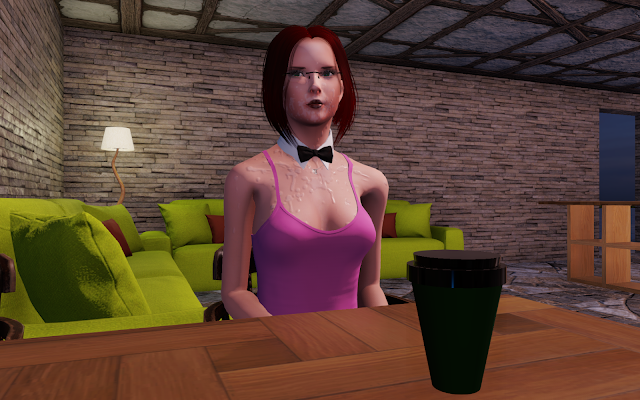 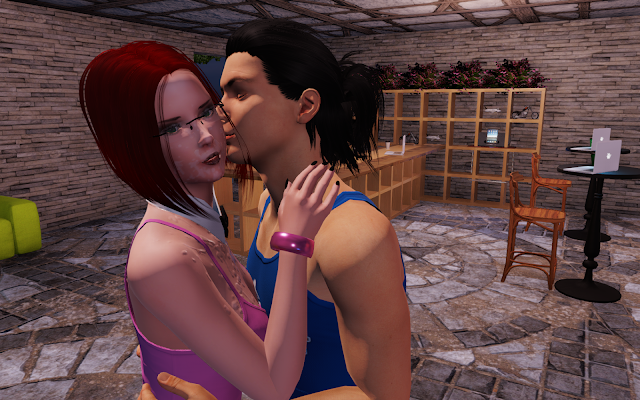 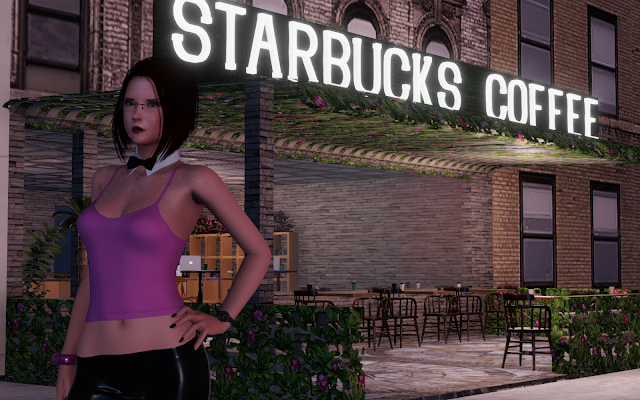