Hands on with my Lush 3

Before we get into my thoughts on the Lush 3, quite a few people asked why my first Lovense purchase was the Hush and not something like a Lush. The simple answer to that is that I had a desire to replace a previous vibrating buttplug that had become faulty. This time though, its purely about adding something new and exciting to my toy collection.

That is a long way to say that, going into this, I didn't have any like for like experience to use as a baseline against which to compare the Lush. I'd love to be able to say how it compares to others but, unfortunately, that is not going to be possible. But I still have plenty to say, so don't worry.

For some of that, I am going to have to rely on a little bit of research that I've done though. In particular, you may be interested to know how it compares to the previous models; the Lush and Lush 2. I am too, but for that I will have to go by what Lovense themselves advertise on their product page for the Lush 3 (there is actually quite a bit of detail on the changes introduced in each new model) and what I have read in other reviews. 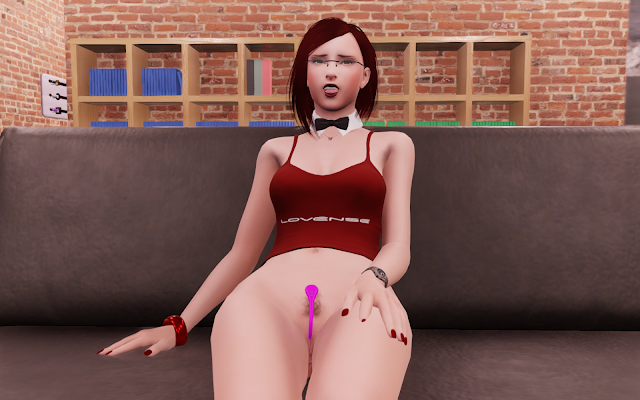 First though, let's touch on the unboxing and setup of it.

As I've come to expect from Lovense, their postage and product packaging is spot on. They always us unmarked packaging so there are no tell tale signs about what your delivery is when the postman hands it to you. Open that up and the product's box is the usual high standard of design.

And, while we are on the subject of what's in the box, something I completely forgot to mention in my Hush review but that also applies here; both the Hush and Lush 3 come with a sex toy pouch to keep your toy in. I mean, they are not expensive to pick up separately but the inclusion in the box just adds the sense that you are getting a product that has had a lot of care and thought put into. The one that came with my Lush 3 is not as nice as the one that came with my Hush though, and it definitely feels a little cheaper and more "budget". I believe I'm correct in saying that the Lush 3 is the first of the Lushes that includes the pouch though, so certainly better than nothing.

The first thing that you'll want to do after unboxing it, will be to give it a charge. The quick start leaflet that comes in the box says it takes 85mins for a full charge, so not long at all. And it is super easy to connect to the charger. The tail of the toy has a pair of magnetic charging connectors that stick to the charging cable. Just make sure that you have the pair the right way round when you put them together. You'll know if you have as the red charging light will come on. If you don't, just spin the charging cable round 180 degrees. 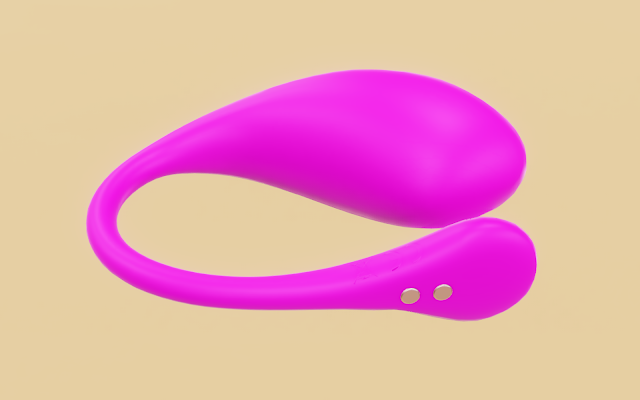 Although the Lush is marketed as a G-spot stimulator, the vibrations don't feel at all targeted; although the egg itself is somewhat shaped to apply pressure to your happy spot, the whole thing buzzes like crazy. But, to be clear, that is not a criticism. The vibrations are deep and rumbly, flowing through your whole body. It feels pretty great. And, get it positioned just right so that that aforementioned shaping is hitting the desired spot and, fuck me, it goes from pretty great to fucking orgasmic.

When I tested mine out by letting guys take control of it via the app, I was in paradise and my pussy was dripping wet in no time. I absolutely love the unknown of having someone else control my toys. Not knowing whether you are about to get an unexpected burst of full power vibrations that will have your eyes rolling back or gentle tickle that will have you biting your lip. I love it.

Don't get me wrong, the Lush 3 will likely never become your "go to" toy. For many of us there will be not substitute for a good bit of rhythmic penetration (and I've heard great things about Lovense's Nora in that regard) but I don't think that is the intention behind the Lush toys. If you are looking for a good bit of G-spot or clitoral stimulation though, then this is right on the money. Similarly, if you want to spice things up with the discreet public play or integration with apps and games, I'd be surprised if there are many products superior to this one. Basically, if you want something that offers hands-free play, then this is a toy that you simply must consider. 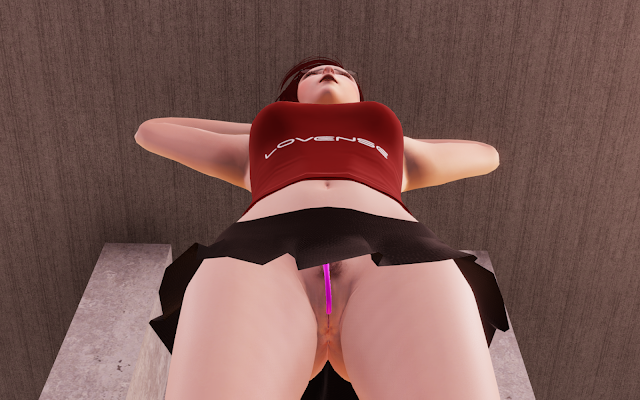 Now, this would be a good time to clarify something I just said. Out of nowhere I mentioned clitoral stimulation, so if you will bear with me for a moment I will get to that.

One of the popular improvements made in the Lush 3 is to the tail. In this iteration of the product, the tail has been made much firmer and is shaped to hug the contours of your body. From what I understand, this was primarily done in response to feedback saying that the previous models could work themselves out of position too easily. Now, hopefully, the new tail will hold it in position so that once you've got it vibing your G-spot, you don't have to worry as much about your inevitable writhing and squirming around working it loose and killing your pleasure.

Whether it was by design or just a happy accident, the contouring of the tail also has the benefit of giving secondary stimulation on your clit. As mentioned before, the whole toy will be vibing away and, as a consequence, you can feel those vibrations all the way down along the tail of the toy as well. So while the tail might appear to just be an antennae for wireless control (the strength of which is another improvement over the previous Lushes) or somewhere convenient to place the power button and charging point (the magnetic charging is yet another improvement from the Lush 2), the shape of it places it right over your clitoris where it gives you a second dose of pleasure. I'm going to give them the benefit of the doubt and assume this was a deliberate design choice. 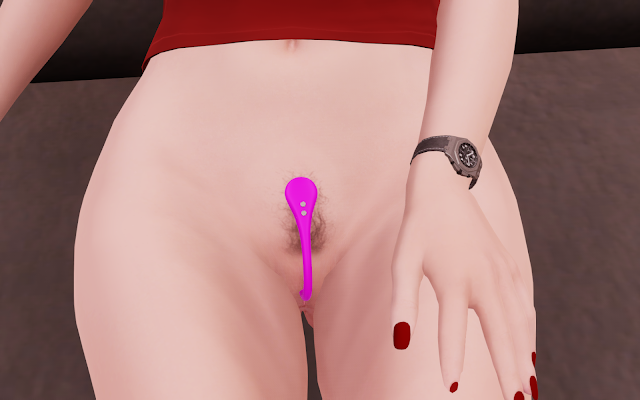 As for the volume, from what I've read, the volume has been decreased by over 2 dB. What does that mean in real terms? Well, if you are wearing your Lush 3 whilst out and about, it would supposedly be no louder than something like a mobile phone in your pocket. So not completely discrete but certainly not overly conspicuous so as to give the game away about what's going on between your legs. Of course, the volume will vary depending on the intensity with which it is being buzzed. If anything is going to give it away though, its more likely going to be very desperate attempts to muffle your moans of pleasure.

In fact, I did try wearing it around the house under my clothes to try to get a gauge on the volume of it. When sat in a completely silent room, I could definitely still just about hear it so maybe don't take it to the library with you. But if I were to be in a room with a little hustle and bustle, say a restaurant, I imagine it would soon get lost amongst the background noise and you could be teased by it with no one being any the wiser.
However, this was where I did have a few problems with the connectivity. Whilst using the USB bluetooth dongle with my laptop, I suddenly became unable to connect to my Lush even when sat at the desk with my laptop in front of me. At a range of less than 1m, I would not expect it to have any problems whilst being worn under my shorts and pants. Connecting via my phone was more successful so that does make me suspect that it was more down to the USB dongle than the toy itself. (I did find that I had to plug the dongle directly into my laptop as plugging it into my powered USB hub didn't work at all) 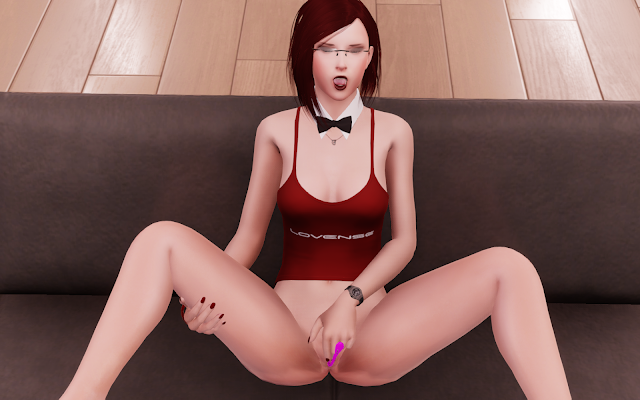 One thing that did especially impress me with the Lush 3 was the battery life. The thing just kept going and going and going. I think I read somewhere that it now lasts for 5hrs and is an improvement of 100mins compared to the Lush 2, so yet another major improvement. I had only gotten 3-4 hrs of use out of it at time of writing this and the battery indicator was still well into the green so I have no reason to doubt those claims. It certainly seems to be well ahead of my Hush in that regard.

Finally, a quick word about a dirty subject (literally); cleaning. Its covering is made of a body-safe silicone, which makes it waterproof and very easy to clean. Some warm (not hot) water and a suitable soap or cleaner or all you need before giving it a good dry off. Of course, you must avoid using anything alcohol-based to clean it as that will not be good news for the silicon.
So to summarise all of that, I will just say that I love my Lush 3. I purchased mine to fulfil a very specific role within my toy collection and it does that remarkably well. Would I recommend it to others? Fuck yes! As long as price isn't a concern because these Lovense toys are good quality and quality has cost associated with it. The value is undeniable, however.
Its fair to say that the impression I get of Lovense, and particularly when it comes to the Lush line, is that they listen to user feedback to deliver better products that consumers want. They don't try to add unnecessary new features or gimmicks to try to convince you to part with your money. Instead they give you what you are asking for, which is a sex toy that does everything that its predecessor does, but better. Each time they unveil a new version, you can be fairly confident that any shortcomings to the previous model will have been addressed.

If this has left you feeling tempted by picking up a Lush 3 for yourself, head over to the Lovense store now to treat yourself. 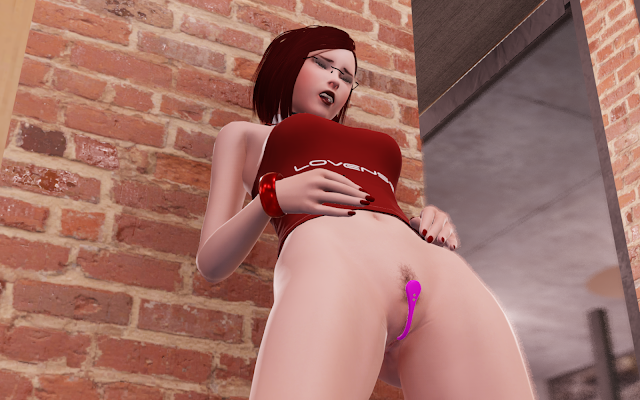 Labels: 3dxchat, Hands on with my toys, LauraTWK, Lovense, Lush 3