As I strolled in, there were just 3 people in there. Conveniently, they were getting it on together on the front row of couches. Naturally, I made myself very comfortable on the couch directly behind them where I had a superb view. 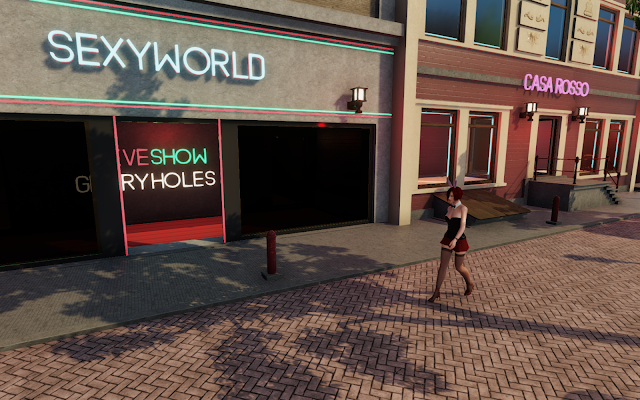 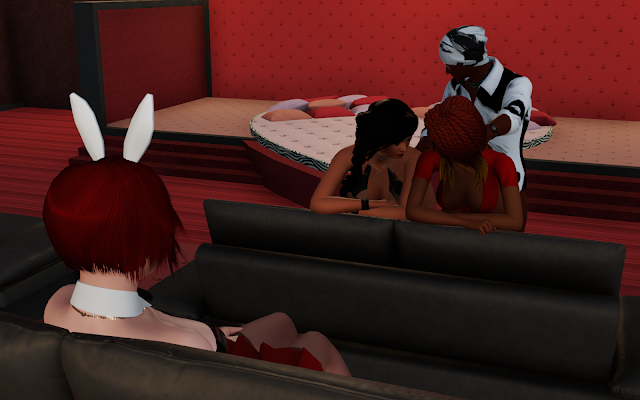 I had obviously caught his eye though. He leaned forward and whispered a proposition in my ear about giving the now growing crowd a show on stage. Score! My sexy bunny outfit had totally done the trick. 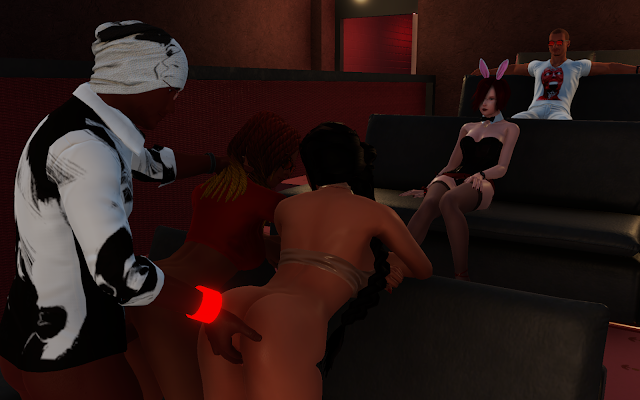 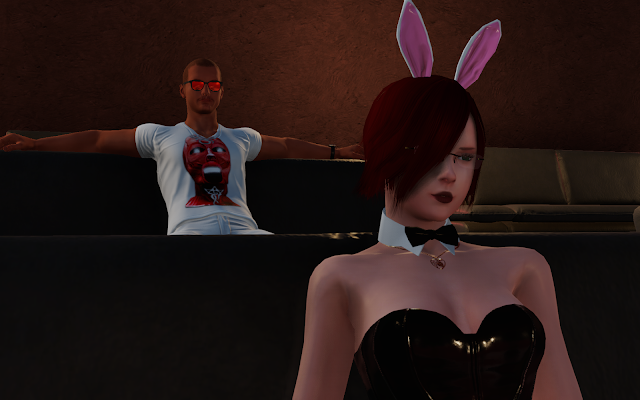 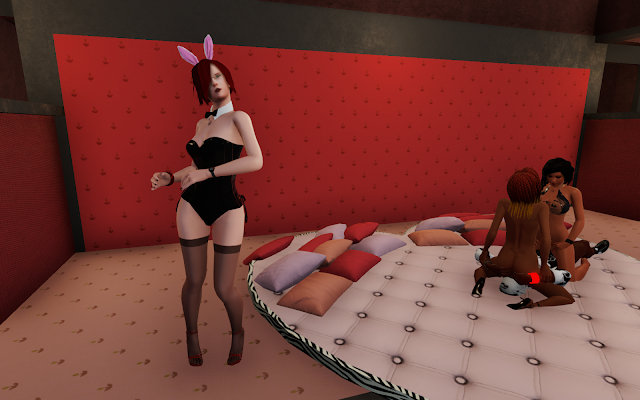 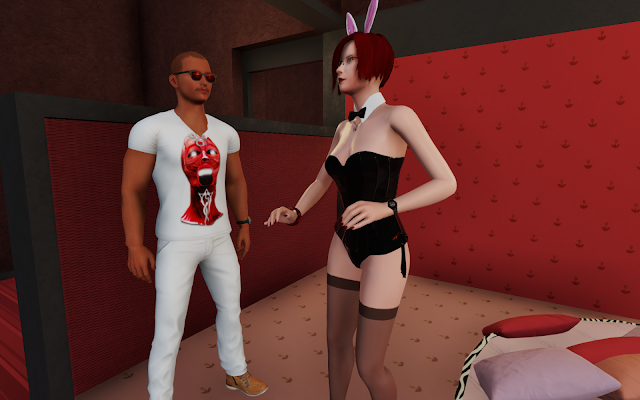 I quickly dropped to my knees to unbuckle and tug off his trousers. As I did so, a huge throbbing cock flopped out at me.

Licking my lips, with anticipation I got to work teasing him with my tongue. I swirled it round and round the tip, before then going up and down along the length of his shaft, and then back to the tip again.

He was desperate to feel by lips wrapped around his dick, so I gave him just a little of that he wanted. I kissed the tip and then eased my lips around it until I had the whole head in mouth, where my tongue continued to swirl round around it. 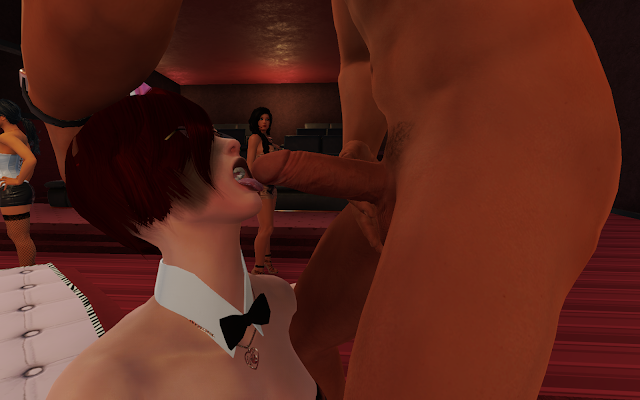 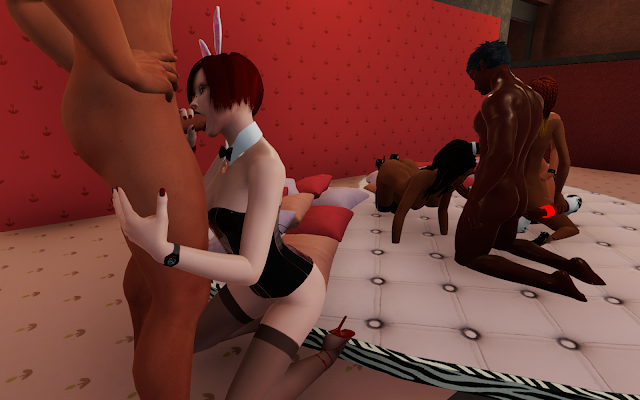 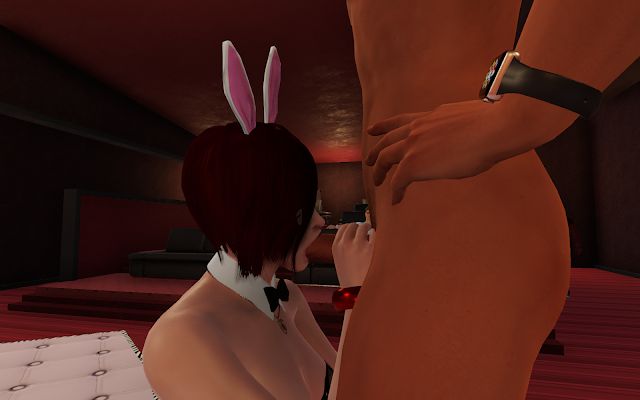 My teasing must have been too much for him as, without warning, he firmly pulled my head onto his cock. As I took him balls deep in my throat without being at all prepared for it, I gagged hard and wrenched my head away, saliva going everywhere. 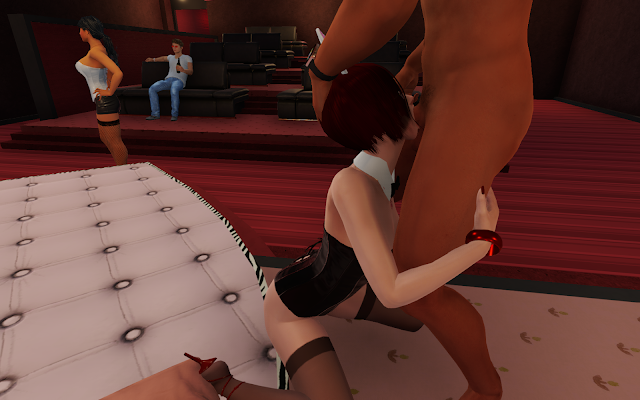 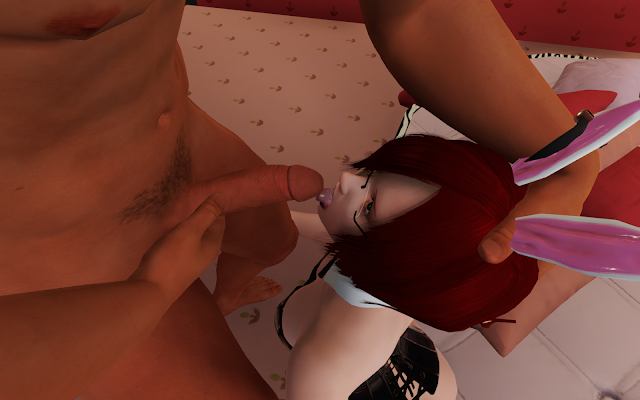 After apologising as I gave him an unimpressed glare, he begged to see my tits. I tried to oblige, but I struggled to loosen off my corset while still teasing the tip of his dick. I got to my feet and asked him for a bit of a helping hand. Of course, he couldn't wait to be of assistance. 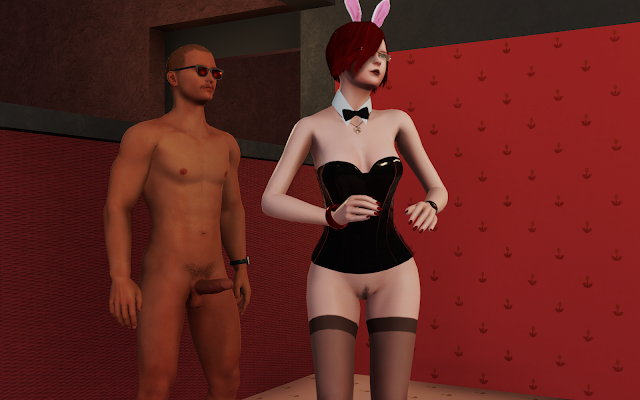 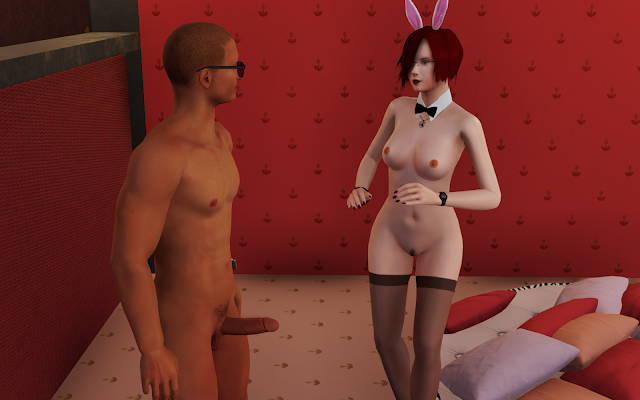 Despite my tits now being released from my bunny outfit, it was actually my pussy that his eyes were drawn to. I dribbled some saliva onto my fingers, reached down and moistened myself up ready to receive him.

He shoved me in to the pile of cushions on the stage. With my ass sticking up in the air, he scooched up behind me and eased his cock inside my expectant pussy. As he started to get into a rhythm of sliding in and out of me, I buried me head in the cushions to muffle my moans. God I wanted this soooooo bad!

Without prompting, he softly spanked my butt.

Again, he did as instructed.

My ass was now super sensitive, something I was reminded of every time his body pressed against me at the end of each of his thrusts. 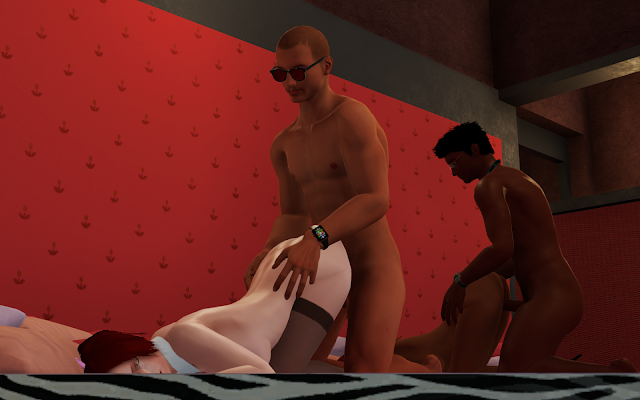 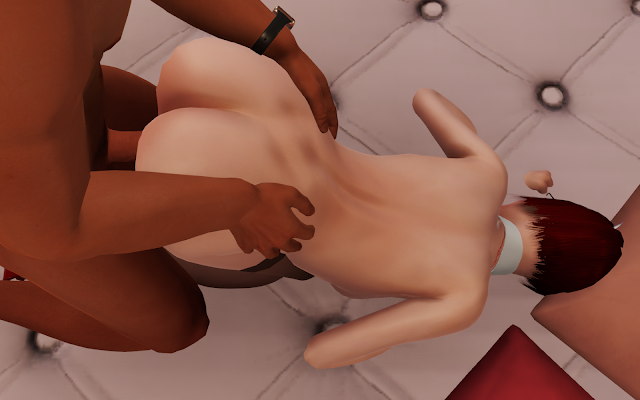 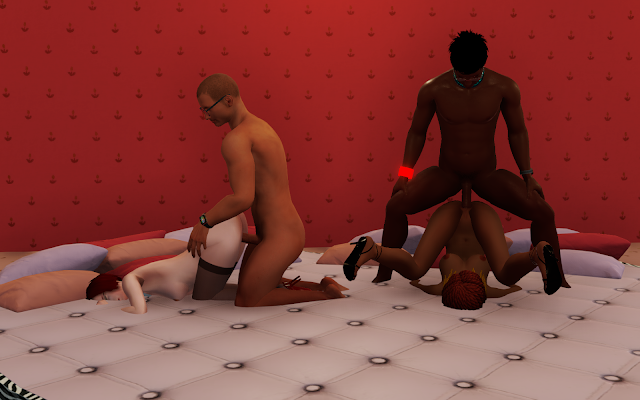 I propped myself up onto all fours to allow his hands to explore my body. They slid from my hips up to my tits. He cupped and squeezed them before also teasing my nipples.

Still cupping my tits, he pulled me up into a more vertical position. I craned my neck round and kissed him deeply as our sweaty bodies pressed against one another. One of his hands now wandered down to my crotch and as he gently rubbed his thumb across my pussy. I continued to kiss him as I moaned with approval. 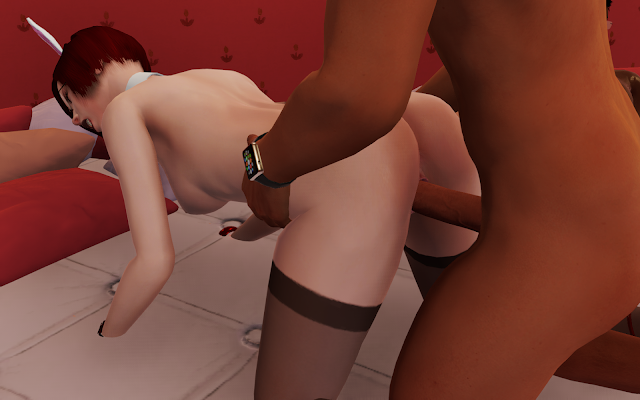 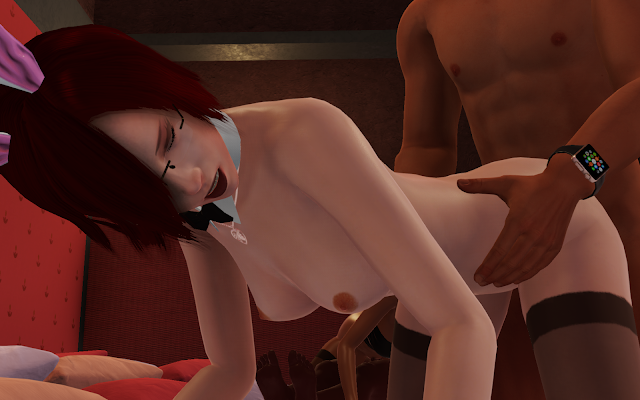 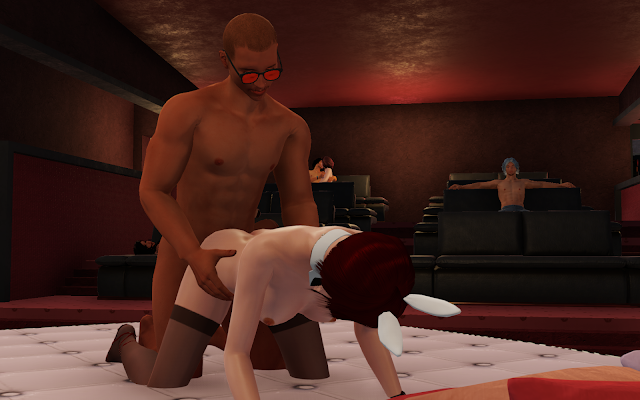 I started to roll my hips, making sure that his cock was hitting just the right spot inside me. Slow at first, my movements became more exaggerated as I got lost in the pleasure that I was feeling. My soft moans became loud groans as I was loving every second of riding him.

As I rocked back and forth on his cock, his hands continued to wander across my body. He squeezed my ass, my tits had their turn and so did my clit. 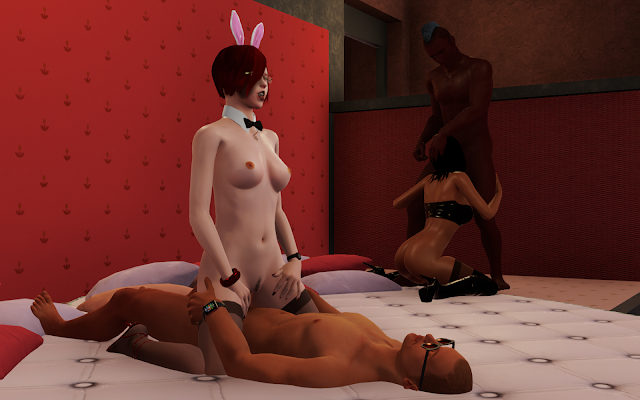 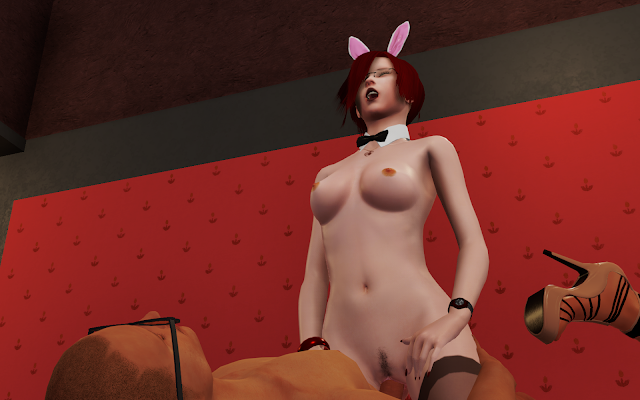 Eventually I felt one of his fingers running around my ass hole, teasing me but seemingly not sure whether to go ahead or not. I placed my hand upon his and used one of my fingers to gently press the finger inside. My ass was reluctant to accept it, so I offered up my fingers to his mouth. I smeared the drool he provided around my ass hole and he tried again. This time his finger slid in with little resistance. 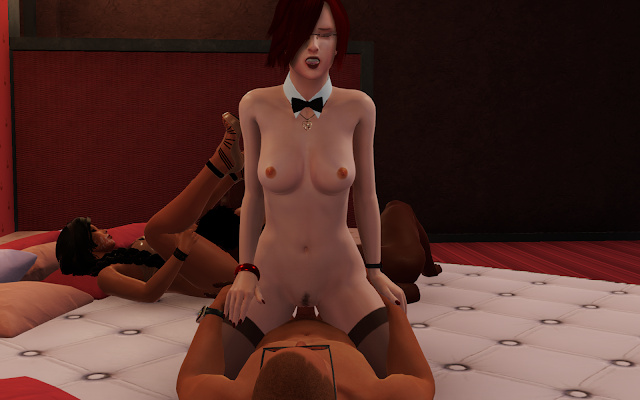 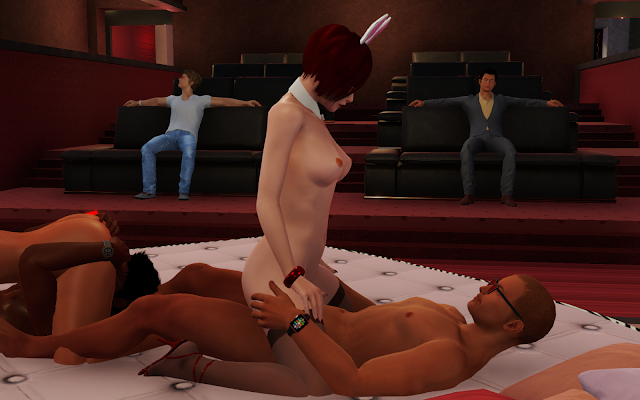 I rubbed my clit furiously as I started to buck wildly on his cock. I screamed in ecstasy as my body tensed up. A wave of pleasure washed over me as I climaxed. I toppled forward onto his chest, my body limp and quivering.

His cock still inside me, he picked up where I had left off and started thrusting up into me. With each thrust, his cock became more and more coated with the white pussy cream that was evidence of my mind blowing orgasm. 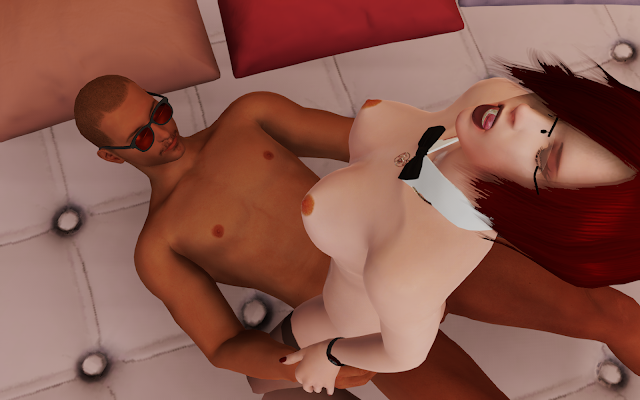 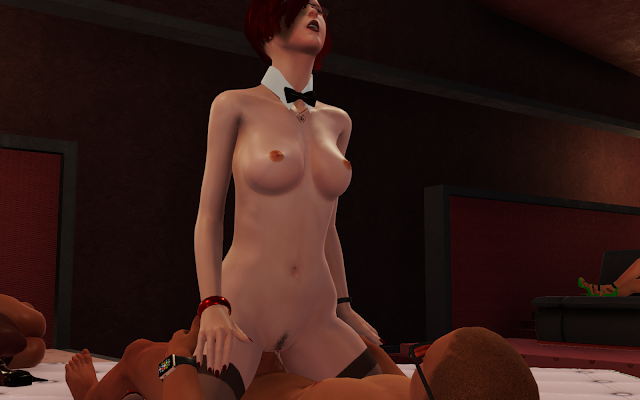 Having regained my composure, I started to bounce up and down his cock while I also continued to thrust upwards, Leaning back, I reached behind me. I felt his balls, moistened by my pussy cream that had run down his cock, and started massaging them to heighten his own climax.

He spasmed several times and then went limp. I collapsed forward onto his chest again as with both panted, our pulses racing. His massive load slowly dribbled out of my pussy and down his shaft as we both lay there in a moment of post-orgasmic bliss. 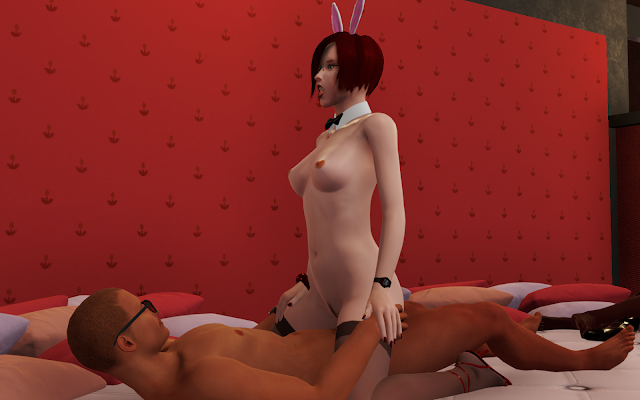 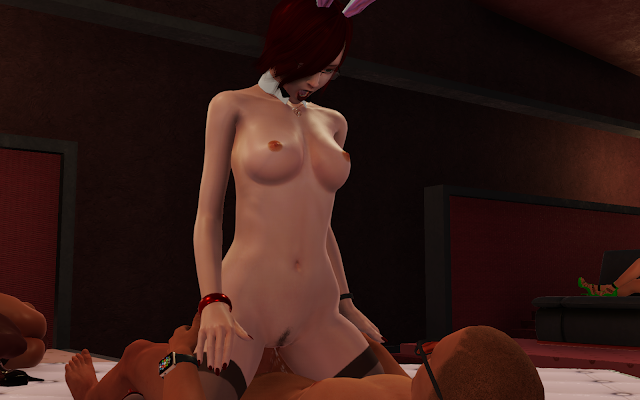 It must have been a few minutes that we silently remained like this. Both of our bodies hot and sweaty, but also very satisfied. 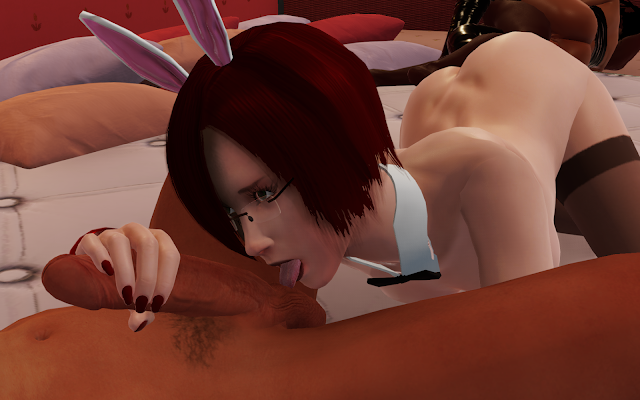 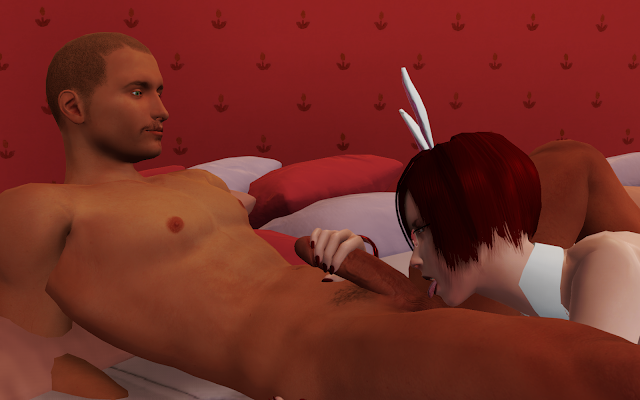 Licking my lips, I crawled back up his body and showed my appreciation for the time that we had spent together with a long, deep kiss. We stayed like this for another feel minutes before I decided it was time to call an end to proceedings.

When I arrived at Sexyworld, I had been so disparate to get fucked hard and I'd absolutely hit the jackpot. I'm quite sure that he felt the same way given how hard he tried to get my contact details so we could do this again. Sadly for him, he left empty handed because I'm generally not into repeat partners. But he definitely left a very good impression.

Oh, and I think the various pervs that sat and watched us fuck like bunnies ()how appropriate), also would have been satisfied too. 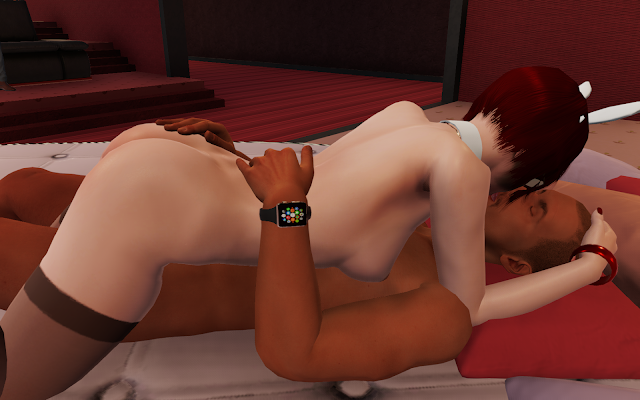