A sexy way to burn those Easter calories


You know, It's funny how somethings turn out. Take yesterday for instance. After completing our egg hunt, Amanda was gagging to go to Sin to do some poledancing. I'm pretty sure that she just wanted to show off in the bunny outfit that she had rented for the day. Can't blame her for wanting to get her money's worth out of it.

It also wasn't the worst idea in the world though. After all, poledancing is a great way to burn some calories and stay in shape. Perfect for days like Easter when we all have a tendency to slightly over-indulge in chocolatey treats.

But I'm digressing, so back to the point that I'm trying to make...

It's funny how she was the one who dragged me along to do some poledancing, but it was me that actually ended doing it. Ok, she did join in eventually, but for the most part, it was me that was twirling my body round a pole in front of a packed out Sin Club while she danced around behind me. I just kept telling myself to think of all that chocolate that I was working off by doing so.

She did join in after a bit though. And it wasn't too long after that that her bunny top found itself being flung into the crowd as she liberated her tits from its restrictive confines (they are not the most comfortable outfits, I will admit).

I assume that she managed to retrieve said top since she was wearing it again when I caught up with her later in the day, still eager to make the most of her rental. 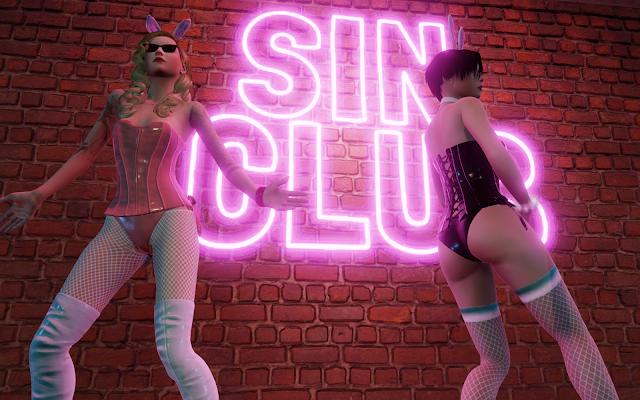 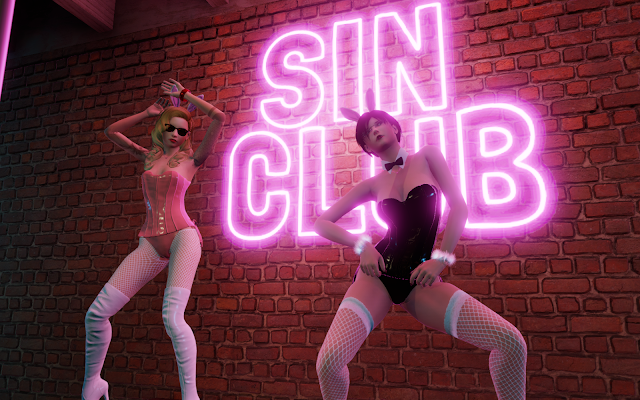 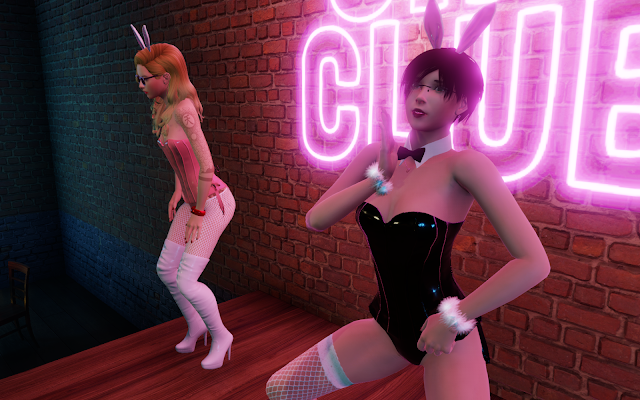 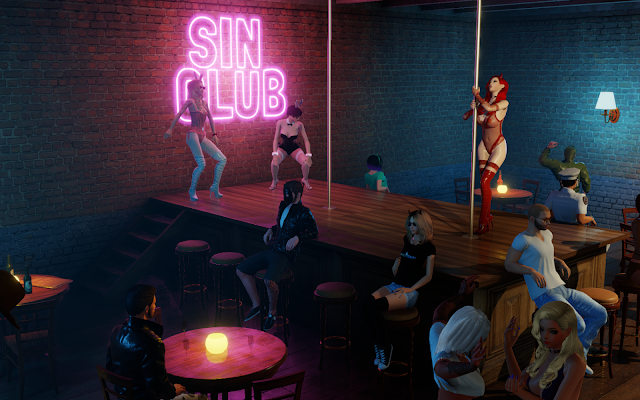 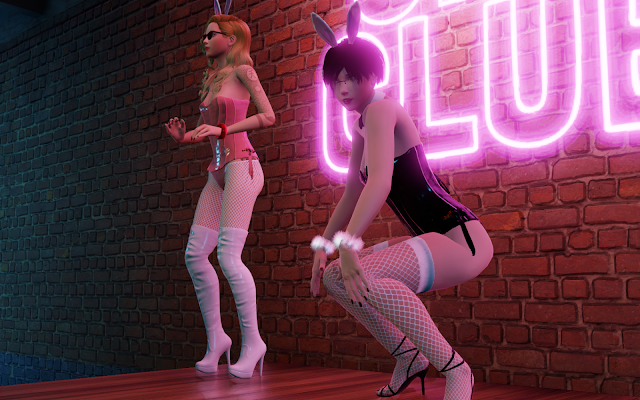 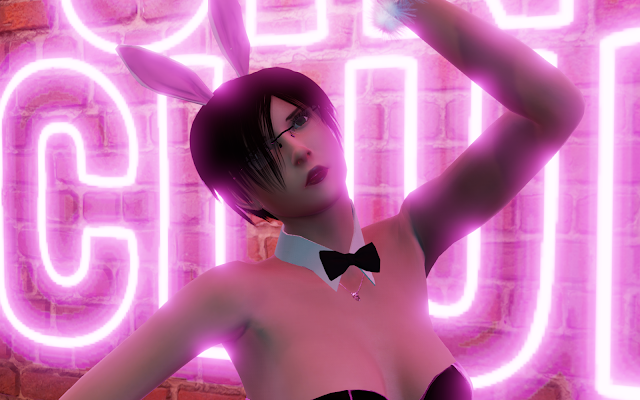 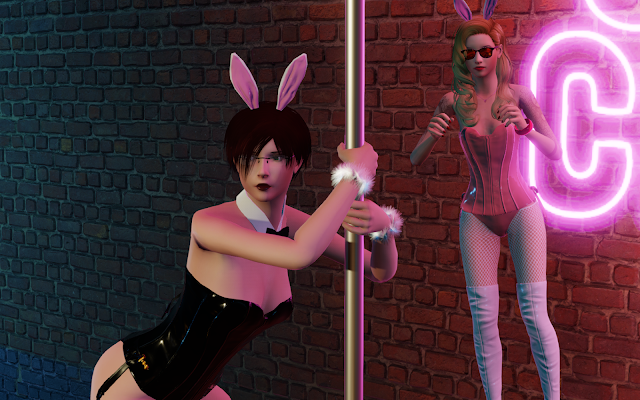 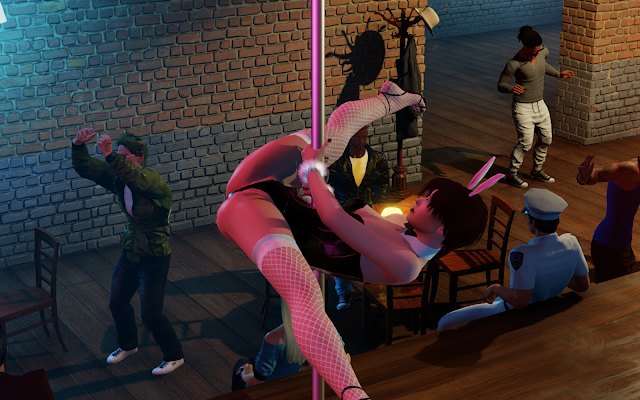 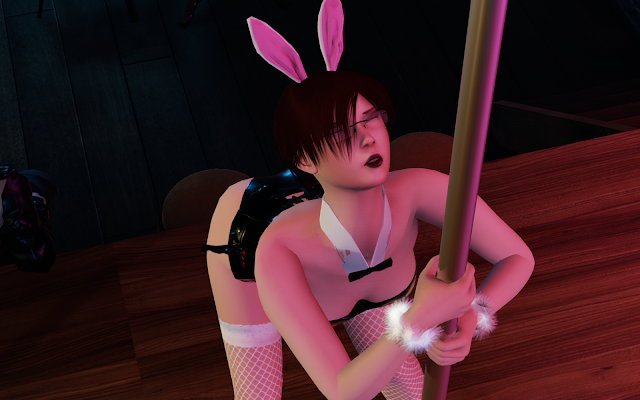 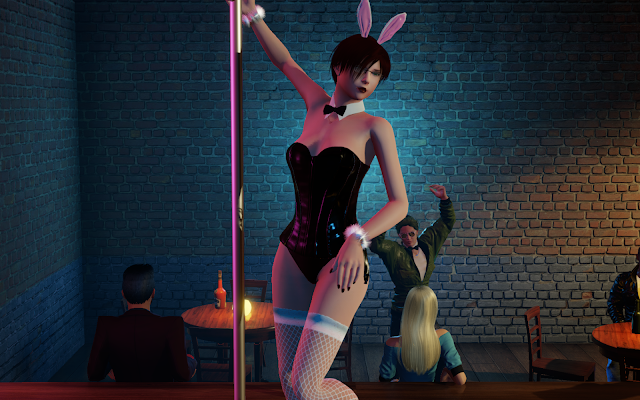 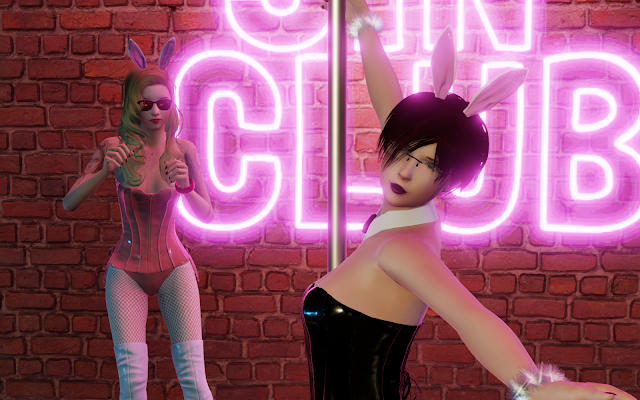 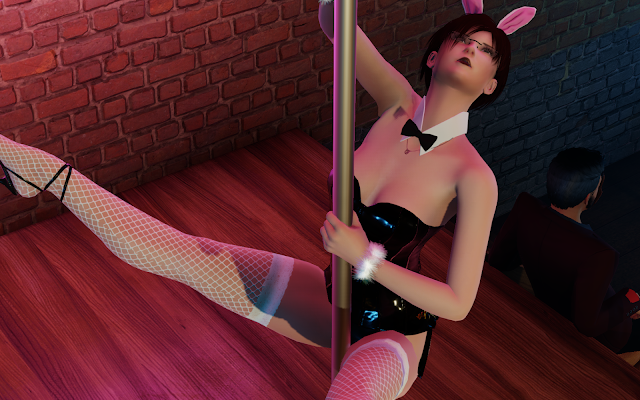 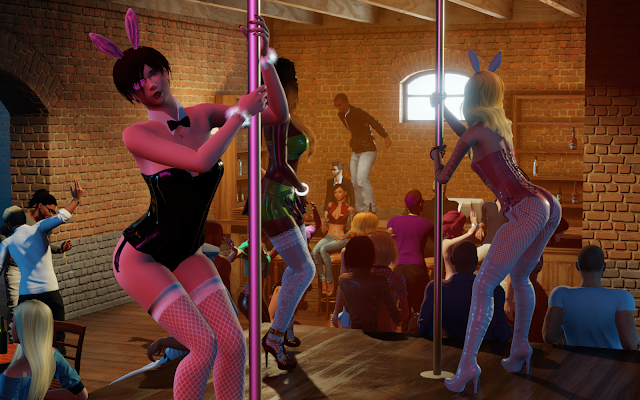 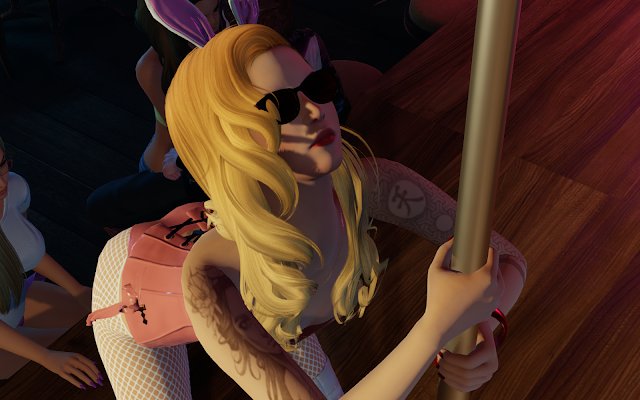 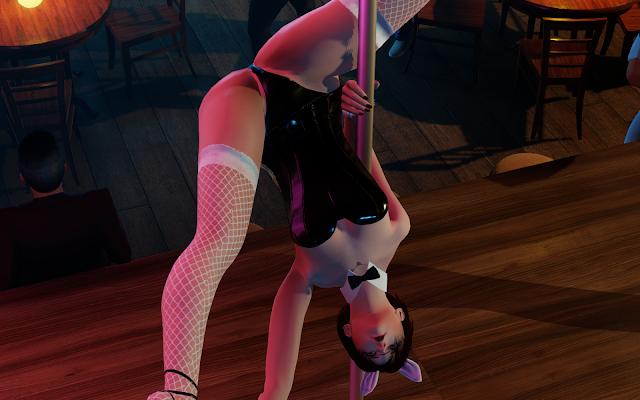 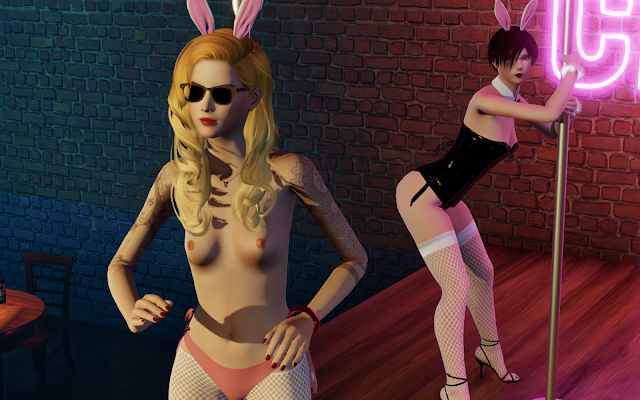 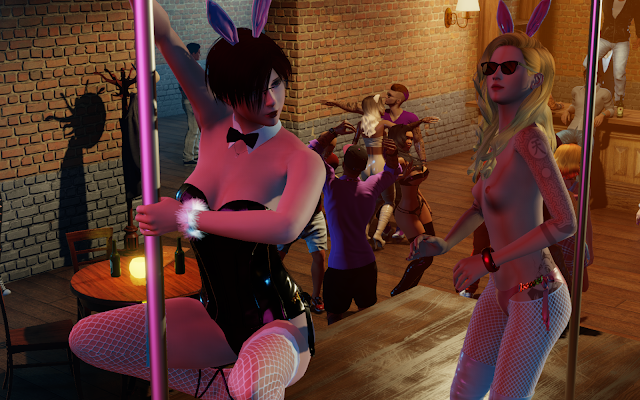 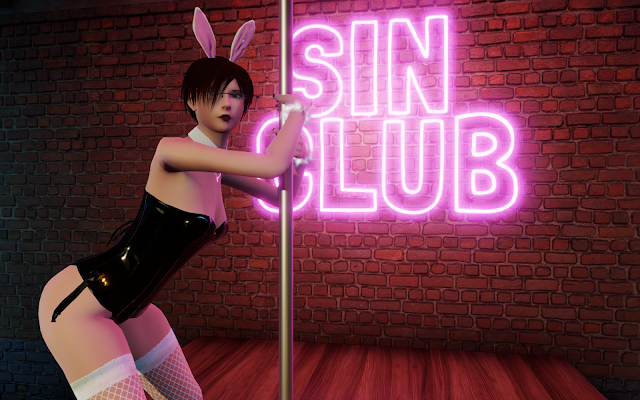