Multiple orgasms from being buzzed

Wow. That was one helluva impromptu Buzz My Butt session today.

As soon as I opened the doors, I had a few punters drop by. I hadn't even managed to stick my plug in before the dices started to be rolled by eager pervs wanting to buzz the shit out of my ass. Sure enough, the Hush was soon in and the buzzing commenced!

Things got serious when a couple of friends (Anthony and Max) turned up and they were super determined to really push me to the edge. Not too many other people dropped by but this pair and a few other determined guests really helped me have a lot of fun.

After my little audience had burned through their free buzz rolls, we played some games where they had the chance to win bonus rolls and control time. I'm suspicious that Max may have brought his own weighted dice with him as he repeatedly rolled freakishly high and won plenty of time buzzing my butt. And he showed me absolutely no mercy by buzzing me hard and deep. 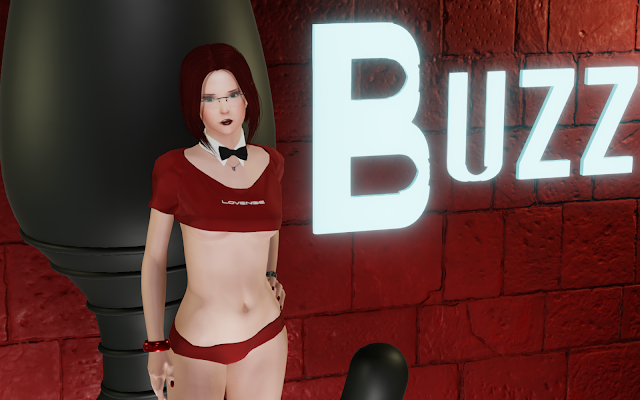 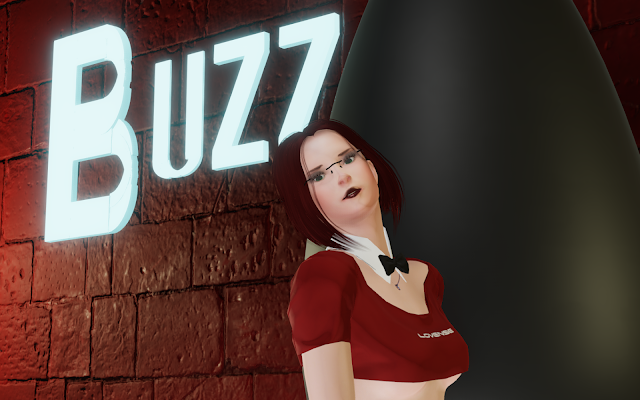 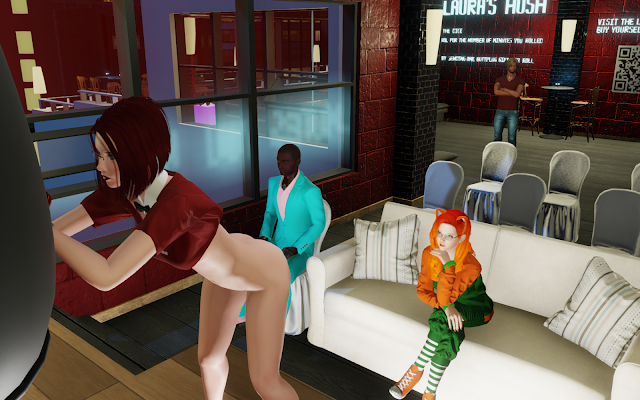 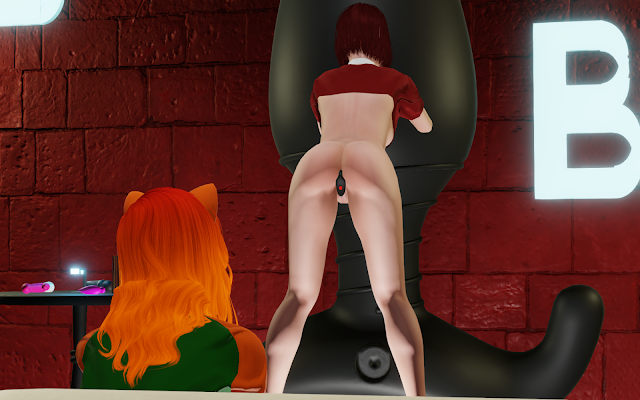 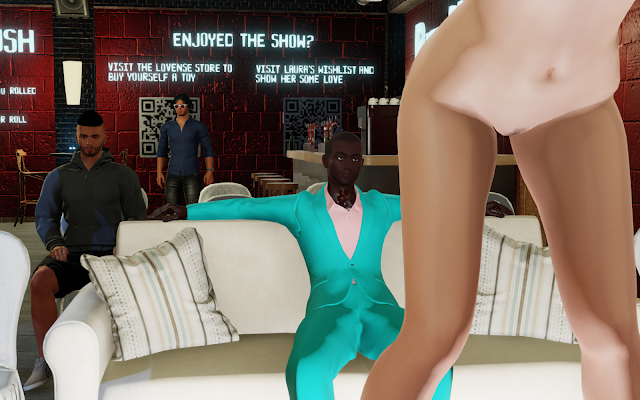 Following that super-intense orgasm, I needed to take a breather to catch my breathe and rehyrdrate but we soon got back underway again.

Some more dice games rewarded Anthony, Max and a few other guests with yet more bonus time and rolls to have their way with my butt but then things got even more interesting. A new face who was rolling for the first time made an interesting request. She wanted to know if I would sync my Hush with her toy so we could experience the buzzes she was sending together. I pondered for a moment and then consented. This could be valuable product research after all!

I mean, from my point of view it really wasn't any different since I was getting buzzed exactly the same as when anyone else was controlling me. But she seemed to enjoy it as well and if my guests have fun then that is mission accomplished! Plus it was kinda sexy to know that she was feeling good vibes at the same time.

After some faffing about trying to get the group buzzing working, I had to insist that we give up and just sync with each other so she could buzz me that way. 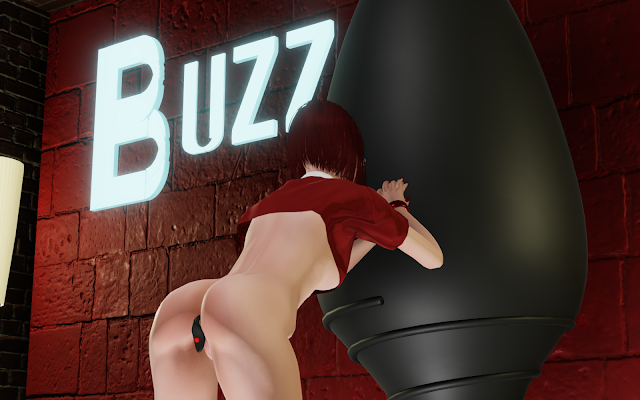 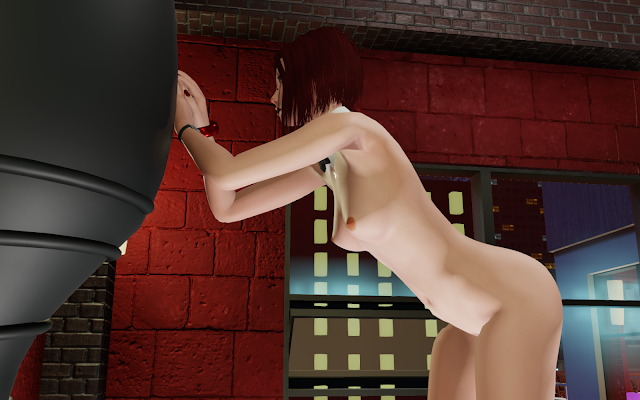 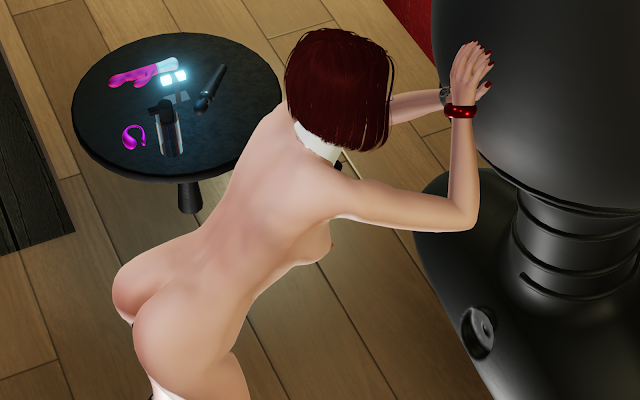 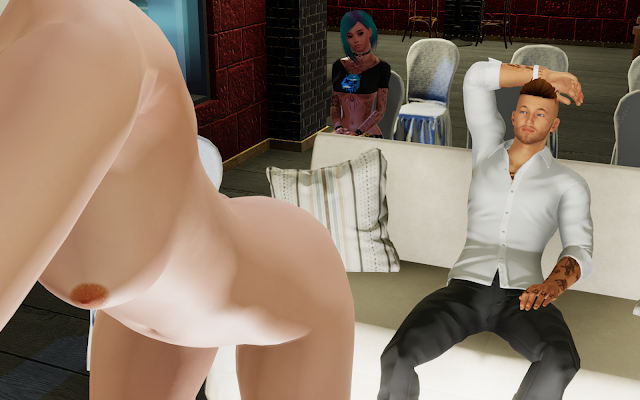 I generously gave out plenty of buzzing time to anyone in the room by playing a few giveaway games. Max was still rolling crazy high numbers so it was no surprise when he managed to finish me off again. Pussy juices were running down my inner thighs as I went weak at the knees and collapsed in a heap on the floor, unable to handle his non-stop buzzing deep in my ass. I begged for mercy and a chance to recover but there was no let up as the buzzing went on and on; the orgasmic pleasure making me lose my mind.

By the time Max's allotted time ended and I got some sweet relief to catch my breathe and rehydrate once again, a few newcomers had arrived and rolled the one free roll that they were entitled to. I didn't want to let them down so let them have their go but only after I'd had a few minutes to compose myself.

It was about this time that a couple of guests who were obviously enjoying the show a lot, joined me on stage as they played with themselves. One of them was Maeva, who I had synced with earlier when trying to do the group control buzzing. I was completely buzzed out by now so invited her to take my place and become the star of the room for a bit. She eagerly accepted my invitation. 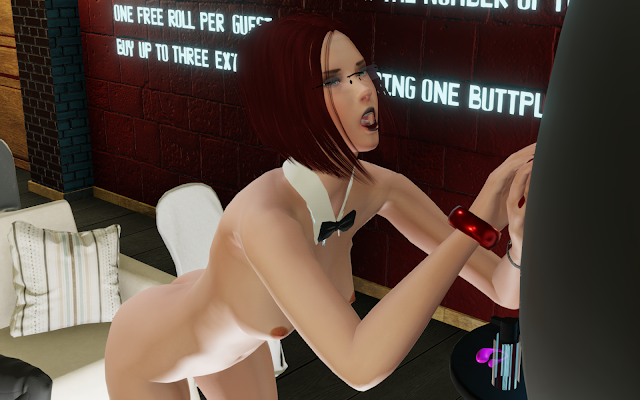 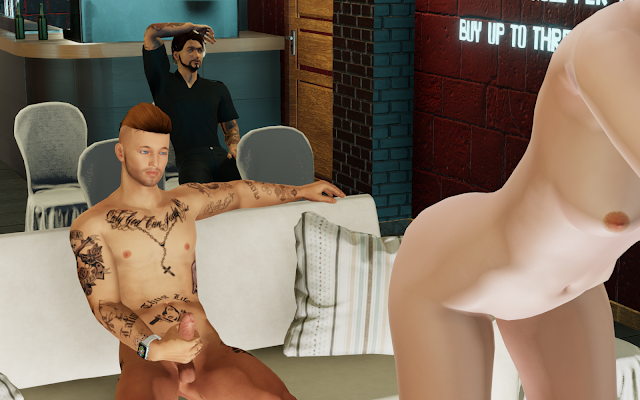 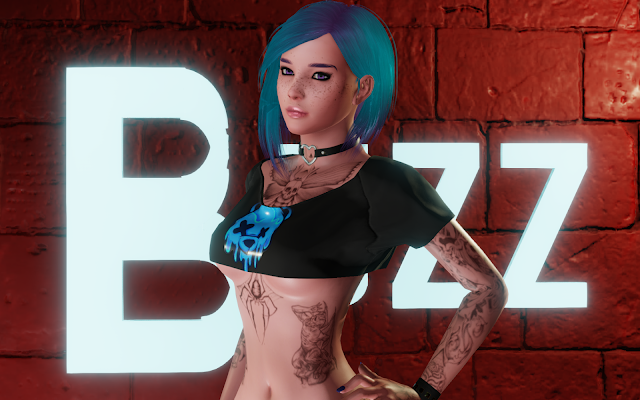 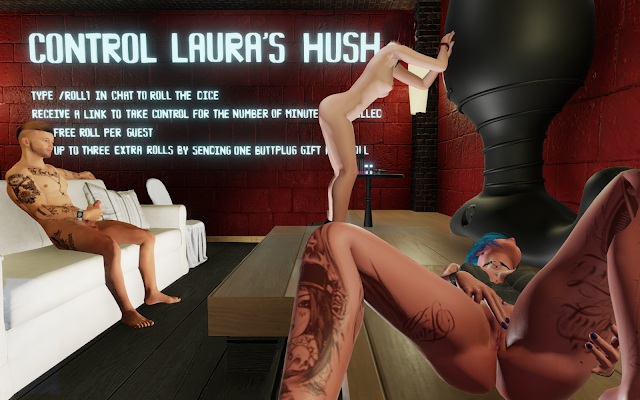 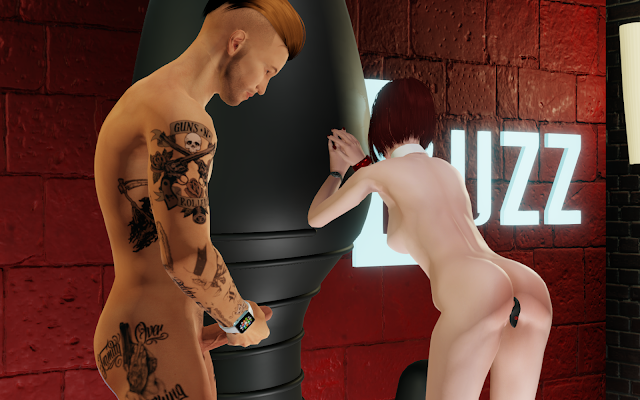 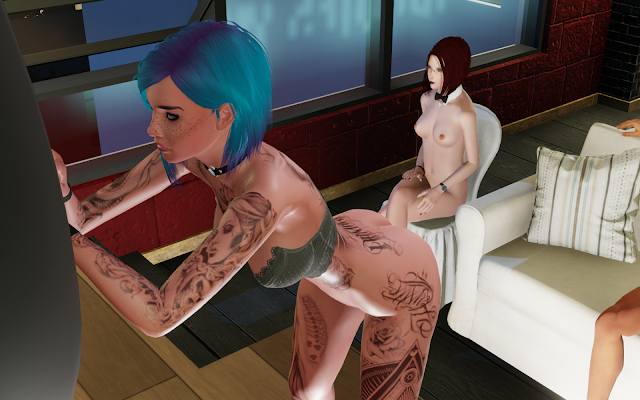 I briefly joined the audience as she got going before wandering off to get cleaned up and have a bit of a recovery rest. As I lay down and closed my eyes, all I could hear were constant buzzes and Maeva's moans of pleasure. Her toy of choice is apparently the Nora and she likes it so much that she carries it round with her in her handbag. Very convenient for moments like these!

Of course, before having my lie down, I gave my Hush a good clean. I'm very diligent in cleaning all of my sex toys as soon as possible after use but even more so when it comes to my buttplugs (to be fair, there is only one buttplug that I use these days!). 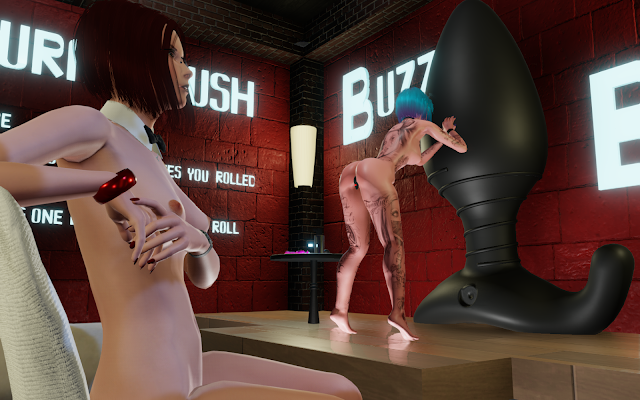 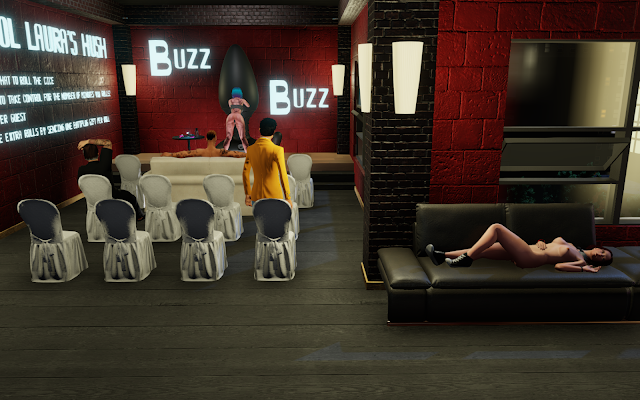 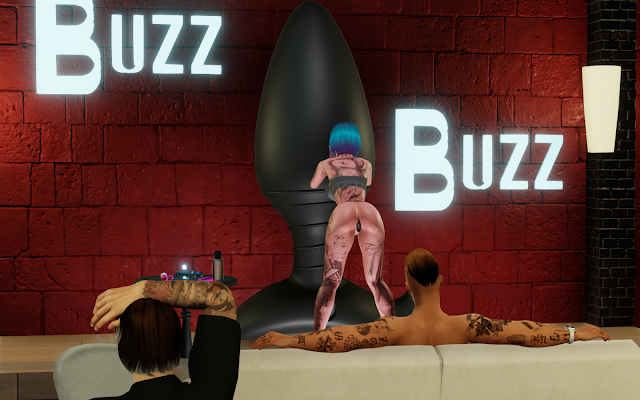 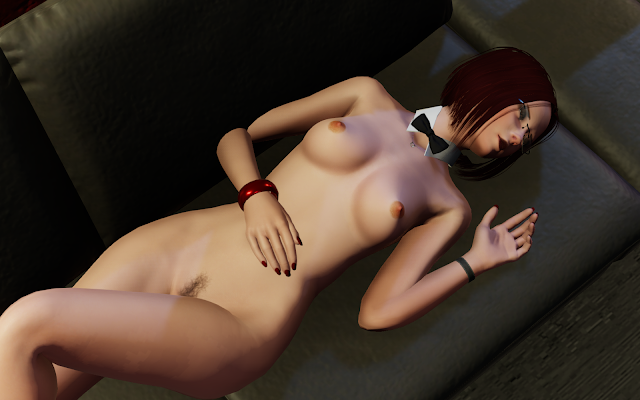 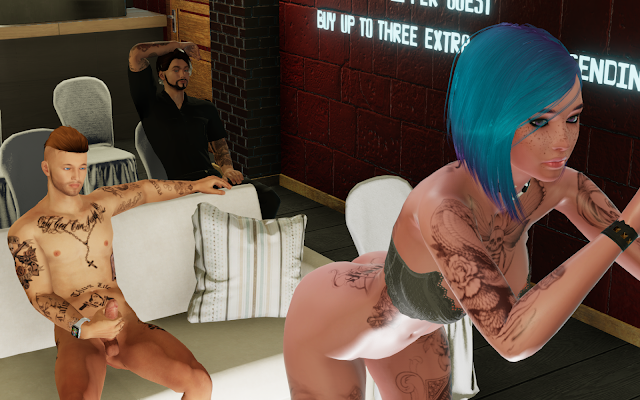 Upon awakening from my short slumber, I heard a very different set of noises to those that had serenaded me to sleep. It seemed like things had gotten out of control whilst I was resting.

Poking my head round the corner, what should I behold? Maeva was getting fucked from behind on my stage!

Now, by all rights I should have been furious about this, since Buzz My Butt is not some fuck room where people can come to randomly bone like crazy. But, in all fairness, how often does someone have the chance to get fucked from behind up against a 10 foot buttplug?! So I decided to let it slide and rejoined the audience to enjoy the show and maybe take some notes to improve me performance in the future.

When they eventually finished bumping uglies, I got to roll the dice for myself for once and take control of her Nora. I got a respectable 4 mins and I think I made the most of it. Having taken what I have learned from being buzzed myself, I tried to give her maximum pleasure with a naughty bit of teasing thrown in for good measure. It was also a learning experiencing as the Nora has two pleasure giving control sliders rather than just the one like my Hush and Lush. Another first time experience for me.

She had a couple of other peeps do a few last dice rolls and then it really was time for me to close up, almost 2 hours later then intended. What party it had been though... What a party indeed.... And for that, I would like to give a big shoutout to Max, Anthony and Maeva for being such great sports and making the room a lot of fun. 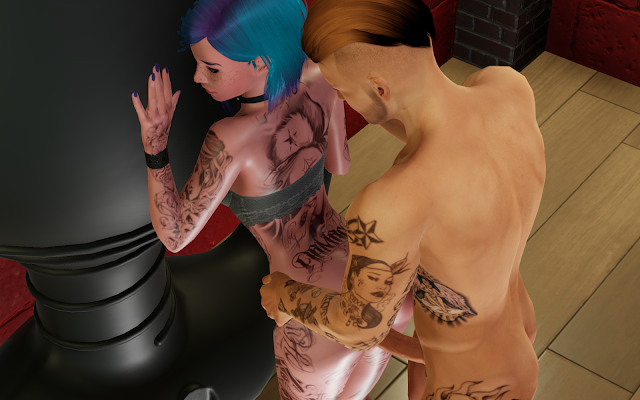 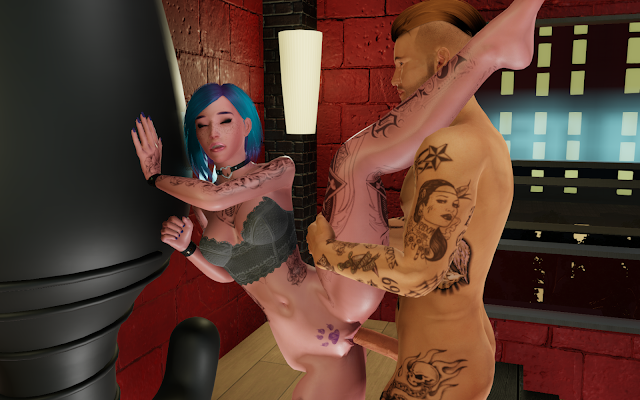 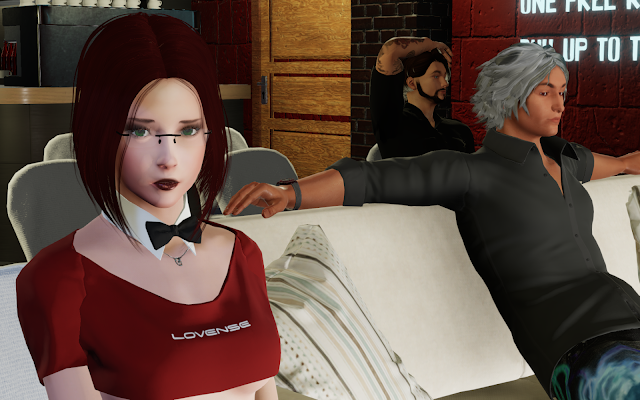 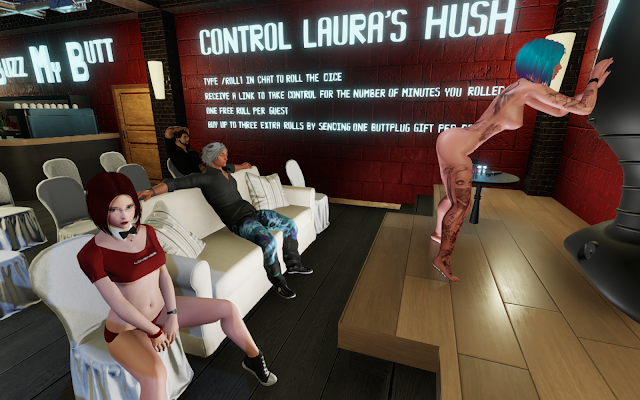 As always, if my Lovcnse sexploits have left you eager to try some of their products for yourself, please do head over to their store at https://www.lovense.com/r/6cyu5l. If you are really quick, you may even catch the end of their Underwear Day sale with up to 45% off!